WORLD TRADE DEAL IN BALI IS A BIG BOOST TO CONFIDENCE 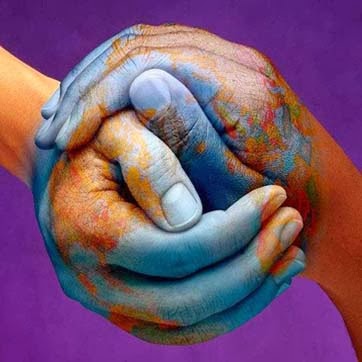 Globalisation has meant that, no matter where we live in the world, we are liable to be affected by what happens very far away.
An environmental disaster, a financial panic, or a disease outbreak, in one part of the world can quickly affect people on the other side of the globe. No country, no matter how big, prosperous, or well armed is really an island any more.
The world, and its problems, were easier to manage (perhaps unfairly), when a small number of countries had to give their consent to any global agreement or rule.
This was especially the case during the century when most of the world’s surface was controlled by a few colonial empires.
It remained the case, when most of the major international organisations were founded, in the aftermath of the Second World War. Indeed that War, and a desire to ensure it was not repeated, forced nations to go beyond national sovereignty, and find new institutions to allow joint actions on a global scale.  Initially these institutions worked  easily enough because a cartel of big countries, the ones with permanent seats and vetoes on the UN Security Council, could both set, and decide, the issues on the agenda.
That world has gone.
The number of countries enjoying legal sovereign status has increased dramatically, so unanimous agreements are harder to achieve, The number who can  say “no”, on questions to which everyone else is (however reluctantly) is saying “yes”, has increased out of recognition.
Meanwhile, economic power, and thus the ability to pay for military power, is shifting.
The world may soon have several policemen, with conflicting mandates, rather than a single (American) policeman.
China is testing the old order in the East China Sea at the moment.  This new multi polar order may seem fairer, but it will not make the world safer.
At times, it seems as if it had become impossible to agree anything on a global scale.
The bleakest moment was when the Climate Change talks collapsed in Copenhagen. The invasion of Iraq was another such dispiriting moment.
Now, with little notice, signs of hope have  appeared.
An interim deal with Iran on its nuclear programme has been agreed, although Israel (which officially has no nuclear capacity but actually in the only nuclear weapons power in the Middle East) is not happy.
And then, out of the blue it seemed to many, a world trade deal was concluded, by the 160 member WTO, in Bali last weekend!
During my time as EU Ambassador in Washington, I saw the draining away of hope that a world trade deal would ever happen. This was soul destroying, because the WTO seemed until then to be the only global organisation which really worked, and whose  disciplines were uncomplainingly incorporated by nations into their domestic law.
Now a deal has been put together  in Bali which will reduce the cost of trade by  10% to 15 %, by simplifying and standardising custom procedures. Limits will be placed on export subsidies.
The WTO disputes resolution procedures (a sort of World Trade court) will see their credibility restored by this breakthrough, because the organisation behind them, has shown it can actually make decisions, after all. That was a good week end’s work.
This will also help restore business confidence more generally , in ways that will have little to do with the ostensible content of the the deal in Bali.
Print Entry

BIG POTENTIAL FOR FINANCIAL SERVICES GROWTH IN THE MIDDLE EAST