WHY IS IT THAT EUROPE IS UNDER PRESSURE, WHEN ITS DEBTS ARE LESS THAN UNITED STATES DEBTS? 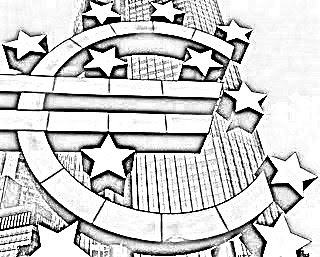 This year the euro area countries governments combined will have a budget deficit of 4.5% of GDP, whereas the United States Government will run a deficit of about 10%.
In the eurozone, the aggregate Government debt to GDP ratio is 87%, whereas in the US it is 100%
In all the eurozone countries, while there is some difficulty in some countries in implementation because of low growth rates and vested interests, there is broad agreement on measures to  reduce these excessive deficits and debts where they exist, whereas in the US the Congress and the President  cannot agree at all.  The  eurozone has a plan, so far the US has none.
THE FOUR REASONS
So why then is it that all the pressure is on euro zone debts, and not on US debts?
Print Entry

THE EURO CRISIS- A CHALLENGE FOR BOTH PARTS OF THE ISLAND