WHO WILL PROTECT IRISH AND OTHER EU FIRMS DOING BUSINESS IN THE UK AGAINST DISCRIMINATION, AFTER BREXIT? 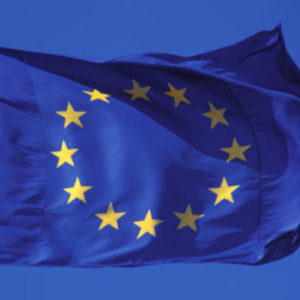 Many Irish firms, and firms from other EU states, have extensive investments and trading interests in the UK. Indeed this must one of the most intense investment relationships in the world.

For the past 40 years, these investments have been protected by UK membership of the EU, which allowed firms, who might feel they were being discriminated against, in favour of British owned competitors, to appeal not only to the UK Courts, but also to the European Court of Justice(ECJ)

Yesterday the UK Prime Minister announced that , once the UK leaves the EU, the jurisdiction of the ECJ in the UK would be ended. Thus there will no longer be any, non UK controlled, arbiter to protect Irish or other EU investors in the UK against discriminatory laws by a future UK government. The UK has no written constitution.

Therefore it will be important that there be a robust independent investor protection disputes mechanism, capable of overturning discriminatory decisions that might be taken by the UK courts against the interests of EU owned firms.

This must take immediate effect the day the UK leaves the EU.

It cannot wait for the longer term trade agreement the EU negotiates with the UK, which may take years to finalise. Investor protection clauses can be controversial, as we have seen with the TTIP negotiation, and are a reduction of “sovereignty” in the abstract sense.

But , given three factors

Irish and other EU firms doing, or intending to do, business in the UK will need a very robust independent investor protection regime.  These three phenomena must be confronted realistically. We must not assume that everything will work out in the end. It may not!

Unless Irish and other European firms have concrete assurances that they will not face discrimination of any kind in  their activities in the UK after Brexit, they may have to commence disinvestment to protect their shareholders’ legitimate interests. The proposed “Great Repeal Bill”, reversing EU law in the UK, will need to scrutinised with immense care by  Irish and other European investors in Britain. Political assurances will not be good enough.

In the present atmosphere of UK politics, it is all too easy to envisage calls for discrimination in favour of UK firms in contracts with UK local authorities, in access to certain public services, and in standards for goods and services. All would be done, of course, in the name of “protecting British jobs”, or “defending British standards”.

If the ECJ is no available to protect Irish and EU firms from discriminatory practices on the UK market, alternatives will have to be agreed with the UK. These alternative mechanisms, investor courts in other words, will have to have the power, like the ECJ, of striking down UK decisions, including UK court decisions,  that they deem to be discriminatory against the interests of an EU investor.

These mechanisms are known as  an Investor-state dispute settlement (ISDS) or an  investment court system (ICS). They are an instrument of public international law and  grant an investor the right to use dispute settlement proceedings against a country’s government.

Provisions for ISDS are contained in a number of bilateral investment treaties, in certain international trade treaties, such as the North American Free Trade Agreement (chapter 11), the Trans-Pacific Partnership (chapters 9 and 28) and the Comprehensive Economic and Trade Agreement (sections 3 and 4). ISDS is also found in international investment agreements, such as the Energy Charter Treaty.

If an investor from one country (the “home state”) invests in another country (the “host state”), both of which have agreed to ISDS, and the host state violates the rights granted to the investor under public international law, then that investor may bring the matter before an arbitral tribunal.

The prospect of having to use such cumbersome procedures will undoubtedly be daunting and difficult for small firms.

This will be particularly difficult for Irish firms who have been used to treating the UK as part of their “home market” since 1966 and the Anglo Irish Free Trade Agreement.

In the aftermath of the original referendum decision, soothing statements were made by British Ministers about the position of Ireland, and about there being no “hard border. But Prime Minister May’s speech to her Party Conference yesterday represents a major shift in position. She is going for a “hard Brexit”, which inevitably means a “hard border”. She offered no assurances to Ireland.

Indeed it is hard to see how the UK could offer special protection to Irish firms investing in the UK that it was not also offering to French or Romanian firms.

The Irish food industry is heavily invested in the UK market. Before it joined the EU, the UK discriminated heavily in favour of UK farmers and against Irish exports. The food industry is far more complex now than it was forty years ago, and the opportunities for discrimination more subtle and more numerous.

The European Union will need to adopt a tough line on investor protection in the forthcoming negotiations and make sure these protections apply in full from the moment the UK leaves, and are not left to a wider long term negotiation.

AFTER THE DEBATE….WHERE STANDS THE RACE?