WHAT LESSON TO DRAW FROM THE NORTHERN IRELAND ASSEMBLY RESULTS? 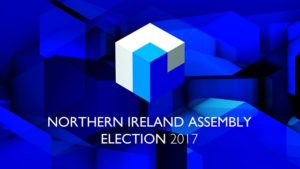 The fact Sinn Fein increased their share of the vote by a substantial 3.9 percentage points has led some commentators to  interpret this as a mandate to start negotiating towards a united Ireland.

There is some wishful thinking going on here. Of the 90 seats in the new Assembly,

Incidentally the Alliance and Ulster Unionist Party, both moderate parties, but supportive of the existing constitutional position, increased their vote shares too,  by  2.1 and 0.3 percentage points respectively.

Putting a choice between the two unions, at the heart of the current political debate in Northern Ireland is likely to deepen sectarian divisions there, and make day to day compromise even more difficult to achieve.

To use a word Gerry Adams often used in another context, it is

“not helpful to the peace process”,

if , by ”peace process” we mean, in the first place, a reconciliation between the two communities in Northern Ireland.

Centering debate around whether one is for against a united Ireland, would make any attempt at creating an alternative to the Sinn Fein/DUP duopoly of power in Belfast, like the one attempted without success in the recent elections by the Ulster Unionists and the SDLP, next to impossible.

Indeed that may be one of the reasons the drum is being beaten for a united Ireland.

It is a good way of freezing politico/sectarian divisions. And that suits both Sinn Fein and the DUP.

Of course, as a tactic, it may also help Sinn Fein electorally in the Republic, because distant, unattainable, objectives, like a united Ireland or the restoration of the Irish language, have been useful, and reusable, rallying cries for other parties in the Republic in the past(notably by Fianna Fail when Mr  de Valera led them).

The case that Sinn Fein is making, for immediate agitation towards a united Ireland, was summed up in an article by an Irish Independent columnist, Martina Devlin.

“The Border has to go. The case for Irish reunification is overwhelming – over time, the two parts of this island will be more prosperous together than apart.”

This seems to ignore the huge subsidy Northern Ireland receives from the UK (20% of its GDP), which the Republic, with a much smaller population and tax base, could not replace, especially if it itself  is suffering the huge dislocation of its trade pattern that will result from the island of Britain leaving the EU

“A united Ireland is the clearest way to minimise the fallout from Brexit, provided it can be handled sensitively and a carefully plotted, long-term approach taken.”

I fear this is not so.

A United Ireland would, in the context of Brexit, simply move the border from Newry to Larne. The costs on East/West trade between Ireland and Britain, caused by Brexit would all remain, but the British subsidy to Northern Ireland would be gone.

Now I know money is not everything. If the people of Northern Ireland are united in wanting to make new constitutional arrangements (whatever they are) work, they will work.

But Irish unity imposed by a simple majority of the population, overruling a large minority, who still want to stay in the UK, would NOT leave behind a united people, willing make big sacrifices for the common good of a united Ireland.

In my view, a united Northern Ireland must come first, and only when we have such unity can wider constitutional options be considered in a pragmatic way.

The recent Election did not help in that regard, and a Sinn Fein campaign for a united Ireland, will deepen divisions further.  We should recall the futile anti partition campaign of the late 1940’s, which did just that.

Martina Devlin does try to address the financial problem of replacing the UK subsidy in the event that Northern Ireland  left the UK and joined a united Ireland.

“ An economic stimulus package needs to be put in place and Britain would have a responsibility to contribute. But, however expensive,  there would be an end in sight. The EU would have financial obligations, too. Perhaps Irish-American well-wishers might also put their hands in their pockets. The financial support package would need to cover at least one decade and possibly two, with a variety of targets including reorientating the entire business culture in the North.”

Given the current attitudes in Britain, this seems to me to be wholly naive.

The UK is reluctant to pay its share of the EU bills, contracted while the UK was a full voting member of the EU.

A post Brexit UK will, I believe , be a poorer country than it is today, something Ms Devlin does not address.

So it is hard to see it contributing for years to a place that had seceded from the UK, at the very time when the UK was also trying to prevent the secession of Scotland.

Ms Devlin thinks there could be savings

“On the financial front, it’s not all a drain. Economies of scale and merged services could achieve savings – one parliament, one health service, one education service, and so on.”

This is theoretically possible, but it is contrary to the scenario envisaged in the Good Friday Agreement, which provides for the retention of separate Northern institution and guarantees, even if ultimate sovereignty  is transferred from London to Dublin.

THE COST OF SECURITY

One also needs to consider the potential security risks, and consequent increases in police and military spending by our state, if a significant minority in Northern Ireland decided to resist the arrangements Ms Devlin advocates.

Resistance would be geographically concentrated. For example, parties supporting a united Ireland  received

These security costs would fall on the Irish taxpayer.

HOW NOT TO PERSUADE MODERATE UNIONISTS

“Meanwhile, there are moderate Unionists who could be convinced about the benefits from reunification. Some of them realise the British have no interest in Northern Ireland and, after all, why be loyal to a government which feels no loyalty in return?”

This is true. I do not sense a deep emotional commitment in Britain to any part of Ireland or to its interests, as the Brexit vote has shown.

Loud talk, and flag waving about a united Ireland by Sinn Fein will undermine these very “moderate” unionists, of whom Ms Devlin writes so hopefully.

Let us hope, now that the elections are over, that a pragmatic and united case can be agreed between Unionists and Nationalists about how to deal with Brexit, and then put  by them to Brussels, London and Dublin.

That is the job of new Assembly, and it should get on with it.