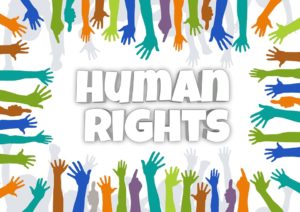 What human rights should be protected in our constitution?

Is a right to life not the primary human right, in the sense that without it other human rights could not be exercised?

Who is human? If a baby before it is born is human, ought it have human rights?

These are the issues at the heart of the Referendum on the 8th Amendment.

“All life, whether of citizens or of people of other nationalities, whether born or unborn, should be protected by our constitution”.

This carefully worded statement was one of fundamental values, going to the heart of Garret FitzGerald’s, and Fine Gael’s, political tradition.

As one of his successors, I was often asked what Fine Gael stood for, and my answer was that the party stood for three things, for a society in which “every person counts”, for exclusively constitutional politics, and for European unity. I added that “every person” included babies before birth.

These three principles were consistent with, and flowed from one another. Protection of human life necessitated the avoidance of violent conflict in Europe, and also lay behind the party’s commitment to constitutionalism in Irish politics. Respect for human life, born and unborn, foreign or native, was at the heart of our entire approach to politics.

For example, the Irish constitution also explicitly recognises a right to freedom of expression, to one’s good name, to property and to elementary education.  But none of those constitutional rights can be exercised, if one had not first had the right to be born.

It was also in that pro life spirit, that the Irish people also decided that the Irish constitution should ban the death penalty, even for heinous crimes. Our strong public, and private, support for life saving aid to Third World countries is also derived from the same pro life convictions among the Irish people. An avoidable death of a baby in Africa is a pro life challenge too.

Indeed, at the time the 8th Amendment was introduced, there were many who argued that it was not needed, because a child before birth would be deemed by the Irish courts to enjoy a right to life anyway, an unenumerated right so to speak, because without it, it would not be able to have to exercise the other rights to which it would be constitutionally entitled.

Unfortunately, that is not the way things have turned out. The Supreme Court has decided recently that a child in the womb has no rights at all, except the basic right to life contained explicitly in the 8th Amendment. Now even that may be taken away if a majority vote Yes on 25 May.

Abortion ends a life. Once it has happened there is no going back, no recovery. It is final.

Yes, there are tragic pregnancies, and difficult consequences flow from them. But at least there is some possibility to remedy, or alleviate, some of those consequences. But no remedy is open to the unborn child whose life is ended. It is over before it has properly begun.

I have to say I have a real difficulty understanding the concept of human rights espoused by the proponents of abortion legislation.

It seems that some of them believe a baby, before birth, is not really human at all. Thus it would not have human rights, including a right to life. The idea here seems to be that, because an unborn baby is totally dependent on its mother, it is therefore not yet human, and has no human rights.

But dependency is part of life, and not a sound ground for denying the humanity of anyone. Babies after birth, and older people at the end of their lives, are deeply dependent too. They could not survive on their own.

But, to date, no one is suggesting they should not have human rights. If a two day old baby is human, and has a right to life, why not little girls and boys three months before they are born? What is the ethical and scientific basis for saying one has human rights, and the other does not?

I was very disappointed that the Oireachtas Committee was not asked to explore these fundamental questions of what it is to be human, who is human, and who should have human rights, before making its radical recommendations.

Without such a discussion, the referendum is premature. As a society, we must agree amongst ourselves on the basis and scope of human rights in Ireland, before making a decision to withdraw the most fundamental of all human rights from a section of our people.  We have not done that. That is why I urge people to vote “No” on 25 May.

THE DAWNING REALITY OF BREXIT