WHAT HAPPENS IF THE UK VOTE IS TO LEAVE THE EU? 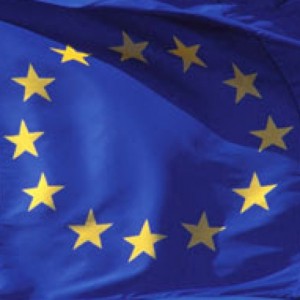 I spoke earlier this week at a very interesting meeting organised by the County Meath Association of Chambers and Business Councils in Kells Co Meath on the topic of Brexit.

Next week, I will speak on the subject at meetings in Liverpool and Birmingham, and will be able to bring to the attention of UK voters at these meetings some of the concerns expressed in Kells.

The consensus at the meeting in Kells was that there would be a dramatic impact on the Irish economy if the UK, including Northern Ireland , left the EU.

Patterns of trade on these island that have grown up over centuries, would be radically disrupted.

All forms of distribution within the two islands would be disrupted in EU tariffs had to be charged on goods coming to the Republic from Northern Ireland and Britain.

One member of the audience, who holds a very senior position in the food industry , pointed out that products as simple as a sandwich sold in a service stations, now contain a mixture of ingredients produced in the Republic of Ireland, Northern Ireland and in England.

If the UK left the EU, and Ireland had to impose the Common External Tariff of the EU, on food ingredients coming from either Northern Ireland or Britain, many present food distribution systems would become uneconomic, and hundreds of jobs would be lost.

The disruption of the complex supply chain of the modern food industry would be dramatic.

The Common External Tariff can be as high as 35%.

The knock on effect is impossible to calculate. It would be like having to unscramble an omelette!

IMMEDIATE EFFECT WOULD BE A CHANGE OF GOVERNMENT IN LONDON

I pointed out that this would not, of course, happen overnight on 24 June, because Britain would first have to decide on who would be Prime Minister and what would be the make up on a post Brexit Government.

How long would it take to elect a new Tory leader? Until that issue is decided no decisions on EU policy would be possible.

Only once that was settled, could the UK begin to decide what type of new arrangement it would seek to have with the EU.

It would have two basic options

The first option could be put in place quickly and would not disrupt trade all that much. It would have the disadvantage that the UK would still have to implement EU regulations and contribute to the EU budget.

Technically it would, however, comply with a referendum vote in favour of leaving the EU. It would buy time, allowing us to see whether the fears being stoked up in the present campaign have substance or not.

The second option would be much more disruptive.

It would require a detailed negotiation on every type of product or service that might be sold across the border in Ireland or between the UK and the 27 member countries of the EU.

Such an agreement would take years to negotiate (probably 7 or 8 years), and would be subject to domestic political constraints in all EU countries. We can see with TTIP, which is a much narrower negotiation, how matters can become the subject of fears, misrepresentations and lobbying.

It is unlikely that a Trade Agreement would allow the UK to sell financial services into the EU. Indeed it would be in the interest of countries that might hope to attract financial services out of London and into their own capitals to make sure the UK got no concessions on that point.

WHY IS THE SOVEREIGN UK PARLIAMENT DELEGATING ITS RESPONSIBILITIES TO A REFERENDUM?

I believe that a referendum is not a suitable method for making a complex choice like the one UK citizens are now being asked to make.

The UK used to be a parliamentary democracy, not a plebiscitary democracy , like Switzerland Parliament is sovereign under the UK constitutional system, but the exercise of this sovereignty is now being delegated by parliament to a referendum.

This displays a lack of confidence by Parliament in itself.

A referendum requires people to make a snap decision on a single day, without knowledge of the future implications of what they are doing. It requires complex contingencies to be reduced to a single “yes” or “no” question.

A parliamentary process, in contrast, goes on over a long time, and thus allows new evidence to be taken on board, before an irrevocable decision is made.