WHAT DOES BRITAIN WANT FROM AN EU RENEGOTIATION, AND WHAT TERMS WOULD IT GET IF IT LEFT?

In “Red Card”, a country withdrawing from the EU, EU law, United Kingdom’s terms of membership of the European Union 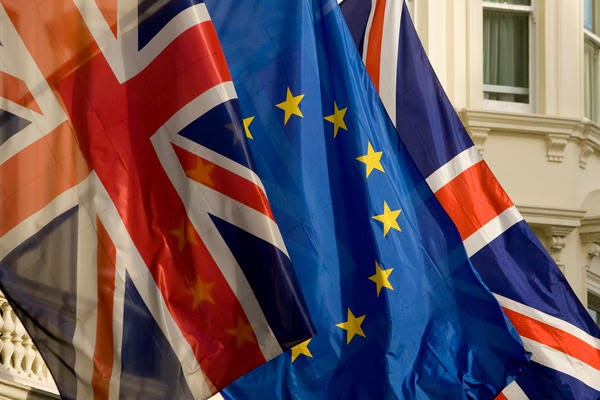 I took part recently in London in an exercise organised by the think tank, Open Europe.
It first examined the issues that might arise in a possible renegotiation of the United Kingdom’s terms of membership of the European Union.
It then went on to look at the terms the UK might get if, in a referendum on the results of such a renegotiation, voters in the UK had decided to withdraw from the EU.
At the moment, these eventualities are only likely to arise if the Conservative Party gets an overall majority in Parliament. This could happen after the 2015 General Election, and, if not then, after some subsequent General Election, unless or until the Conservative Party changes its policy.  So this will be a live issue for many years to come.
The issue could also be precipitated if the EU itself has to revise its Treaties. A Treaty revision would require the consent of the UK. Any UK government will be under pressure to use that Treaty negotiation to press the UK’s renegotiation agenda. This is partly why many EU leaders are unwilling to attempt any further Treaty change. Thus internal UK politics could become a paralysing force in the politics of the entire European Union.
The only place in the EU where the issues that might arise from a UK renegotiation or withdrawal are being debated at all is in the UK itself. That debate is narrowly focussed on UK concerns, and takes little account of the effect on the 27 other member states of the EU, including Ireland, of the various UK renegotiation/withdrawal scenarios.
Other EU leaders have taken a vow of silence on the internal UK debate, even though it is one in which their own electorates have a vital interest. Understandably, they do not want to aggravate UK public opinion, which might claim to resent “foreign” intervention in what would be construed, inaccurately, as a purely “domestic” UK matter.
The downside of this approach is that UK public and media opinion may develop unrealistic expectations of the terms it could achieve in a renegotiation, leading to disappointment, and a consequent increase in support for outright withdrawal.  In fact, EU countries are already so integrated with one another, that what the UK is likely to ask for, is a domestic issue for all members.
The UK needs to take account of opinion in other EU states. The consent of a majority of the other EU states will be needed if

+  a renegotiation is to be concluded to the satisfaction of the UK, or+  if the UK is to withdraw from the EU, a majority among the other EU states would also be needed to agree the  terms of a new EU relationship with the UK, to allow, for example,  continuing privileged access for the UK to the EU Single Market (for example for financial services).

Neither of these can be taken for granted.
The first question the UK should ask itself is whether it is in the national interest of the UK that the EU itself remains a viable and confident institution, which can make decisions with reasonable speed, after the various scenarios have been played out.
The precedent of an EU member state getting preferential terms, because of a threat withdrawal from the EU, could corrode mutual confidence among the remaining 27 members.   One has the sense that some in the UK do not care about this, others have not thought about it, and some others would actually be happy if the whole process tore the EU apart.
My own sense is that, whether it is a member itself or not, the UK has a vested interest in the EU remaining effective. An effective EU keeps Europe at peace, and of creates a single open market that is good for British trade.  Britain would not sell as much in a Europe that had reverted to 27 different markets with 27 different currencies. An EU that could not make decisions because it was paralysed by fear about who might be next to follow the UK out the door, would not be good for Britain.
Furthermore some of the likely UK proposals  in a renegotiation would undermine the effectiveness and stability of the EU in an even more direct way.
One such proposal is a so called “Red Card”, whereby a minority of National parliaments could veto an EU law, even though that law

This idea of a Red Card  has won support from the British Foreign Secretary and even from some in the Labour Party.
The Fresh Start Group of 100 Conservative MPs has gone further, and said that an unspecified group of national parliaments should be able to repeal existing EU laws, bypassing the European Parliament and the EUs existing decision making structures.
This “Red Card” would paralyse EU decision making, in ways that might not suit the UK itself. It could also be used by others to block the very measures that the UK itself wants, like the liberalisation of the Services market in the EU.
A provision whereby shifting majorities among national parliaments could by pass the EU’s democratic decision making procedures, and unilaterally repeal settled EU laws and agreements, would undermine the stability of the EU Single market. It would become an instrument for reopening  long settled compromises on which the EU Single market is based, and making them subject populist pressures on an ongoing basis.
Both of these proposals would require a Treaty change, because the role of national parliaments in the EU process is defined in a Protocol to the existing Treaties, and a Protocol has the same legal status as an article in the Treaties themselves. To change the Protocol in question, every one of the 28 member states and the European Parliament would have to agree.
Another likely UK demand would be to opt out of having the European Court of Justice as the final adjudicator on disputes concerning the meaning of EU agreements on the fight against crime. The UK is likely to demand that these issues be adjudicated instead in national courts, which could mean 28 different interpretations, and many new loopholes through which well advised criminals could evade justice.
If the UK electorate is not satisfied with the terms offered to keep the UK in the EU, and votes that the UK should withdraw from the EU, a new negotiation would start. The purpose of this would be to decide on the terms on which the UK, outside the EU, would have access to the EU for its people, goods, and services. This second negotiation would have to be concluded within two years.
It would be conducted under article 50 of the EU Treaty, which requires a qualified majority in the European Council and a majority in the European Parliament to agree the terms to be granted to a country withdrawing from the EU. It is likely that such terms would include a continuing financial contribution to the EU budget, in return for UK access to the EU single market.
In the event no agreement being reached within the two year deadline, the UK would be out of the EU, and automatically subject to restrictions and tariffs on its exports to EU countries of goods and services. Customs posts would have to be reintroduced on the border in Ireland and at cross channel ports.
Furthermore, if the UK, then outside the EU, wanted to restrict immigration from the EU, it would have to introduce passport controls on the Irish border, a measure that would undermine the work done to promote peace and reconciliation.
Print Entry