What do the American Election Results mean? 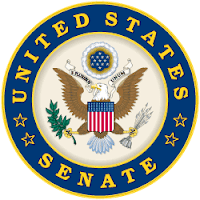 The results will, I fear, make it difficult for the United States to pursue a coherent policy. While the new Republican Speaker John Boehner is a pragmatist, the ideological and support base gap between his party and the Democrats in control of the White House is quite wide.

Republicans did better among older voters. Many of these depend on Federal programmes, like Medicare, so it will be hard for Republican to live up to their promise to cut the Federal deficit.
The Republican Party won at least sixty-one House seats and six Senate seats. They gained five governorships and control of several state legislative chambers.
There are now fifty-five legislative chambers controlled by the Republicans compared to thirty-six before the elections. All US states have two legislative chambers, except Nebraska, which has only one. The Republicans now control a majority of all state legislative seats for the first time since 1928.
Generally speaking, state legislatures draw the district or constituency boundaries for the US House of Representatives, and while they must respect population numbers, they shape the District lines on party political grounds.
There are many bizarrely shaped districts, as the majority in the state legislature try to maximize the representation in Washington of their own party. Many districts have the shape of a snake with a very long body but a huge head and a huge tail. One district runs down the base of the Grand Canyon, with either bank in other districts. Sometimes districts are shaped in a way that it would be impossible for one to drive from one end of it to the other. One would have to swim!
The new Republican dominance in state legislatures gives them control over congressional redistricting for 195 House seats, compared to 108 seats in states where the drawing of these boundaries will still be controlled by Democrats.
Unlike most states, California will now have a neutral commission to reapportion its congressional seats after a long period of Democratic dominance. It is a pity that every state does not adopt the new Californian system. It would make US politics less polarized because it would force candidates to compete for the middle ground voters. The present system creates districts which lean so strongly to one party or the other that the real contests take place in the primaries where the winner tends to be someone who would have little interest in the ideas of the opposite party and a heavy concentration on the interests of his/her own party supporters.
The success of Republicans in so many state legislatures will make it very difficult for the Democrats to regain the majority in the House of Representatives that they have just lost.
The story is similar in the Senate. Republicans will have to defend only ten Senate seats in 2012 compared to twenty-three being defended by Democrats. Most of these Democratic Senate seats are in states which voted Republican earlier this month.
The election has also increased the ideological divide between the two parties because twenty-four conservative Blue Dog Democrats lost their house seats while four others retired or sought higher office. Among those who will be particularly missed are Bart Gordon, Jim Marshall and Jim Oberstar. The Republicans have several new members affiliated with the Tea Party movement who will be less willing to compromise with the other party.
The Republican victory resulted from their ability to gain votes across the board.
They won the support of 55% of male voters and 48% of female voters.
They won over half the votes of people aged over thirty years and got 57% of voters above the age of sixty-five years.
The Republicans won 57% of the votes of people earning over $100,000 per annum, and 53% of those earning over $50,000. But they obtained only 43% of the votes of those earning less than $50,000. But people claiming to be in a better financial position voted 58% Democratic while those claiming to be worse off voted 63% Republican, which seems to contradict the evidence based on actual income levels of voters.
Unlike previous occasions, educational attainment did not influence voting. The Republicans won 52% of the vote of both college graduates and non-graduates.
The Republicans won 59% of rural voters and 54% of suburban voters, but only 41% of urban voters.
The Republican success with elderly voters will constrain their ability to curtail entitlement programs, like Medicare and pensions. In fact, many Republican candidates criticized President Obama for threatening to reduce Medicare benefits in order to finance his health care program for the uninsured. In fact many voters seemed not to realize that Medicare, which provides health cover for the elderly, is a Federal Government programme. The potential unwillingness to curtail entitlement programs will make it politically difficult for Republicans to vote any meaningful deficit reduction. That will mean that the US will continue to borrow a lot of money, which will make life difficult for other countries, like Ireland, who also need to borrow on the international markets.
The Republican victory increases the risk of deadlock on many issues, unless President Obama can show real imagination and craft a new agenda that it would be difficult for Republicans to oppose. So far, he has shown little sign of doing this. But he may be waiting until new majority takes over before making any moves.
The outgoing House will still have one session, the so called lame duck session, before the new one meets. I think President Obama could find common ground with Republicans in promoting free trade and legal reforms to curb big damages awards which push up health costs.
Many US state governments are in severe financial difficulty. Much of President Obama’s stimulus programme went to prop up the finances of state governments. Now that Republicans have more power in both Washington and in the individual States, it will be interesting to see if they will support bailouts for the State governments in financial difficulty, something they were previously reluctant to do. Republicans will continue to be reluctant to bail out big cities, because they have few voters there.
Print Entry