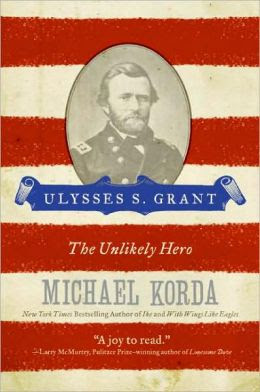 It is an unusual experience to finish reading a book , wishing it was longer. That was my feeling on completing   “Ulysses S. Grant, unlikely Hero” by Michael Korda (published by Harper.)
Grant was the most successful General on the Union side in the America Civil War. He went on to be President of the United States.
But he was a perennial failure in every business endeavour he took up, and finished his life, suffering a fatal cancer, but working to the very end to complete an autobiography, that  he hoped would provide an income for his wife and children, after he was gone. It did. It was a bestseller.
Grant was slovenly in appearance, and did poorly in his exams at West Point.  In the peacetime army, his solitary drinking became a problem, and in response to criticism , he resigned from the army. Then he changed his mind, and sought to be reinstated, but the then Secretary or War, Jefferson Davis, refused his request.
Davis went on to become President of the Confederate States of America in the Civil War, and Grant’s spectacular victory at Vicksburg cut the Confederacy in two, and led to the end of Davis’ career, and of his cause.
As a General, Grant was always willing to go on the attack. Unlike his analytical and political predecessor as Union commander, McClellan, who conserved his men, Grant’s tactics involved substantial casualties. But he had an instinct for the battlefield, and  was able to win battles.
After the Civil War, in 1868, he was elected as President of the United States.
His term of office coincided with a depression in 1873 which, along with a variety of scandals, tainted his reputation. After the Presidency, he again went into business, but with even less success than before.
Korda’s book bring out the humanity, as well as the genius, of this modest man
Print Entry

A COMMENT ON THE COMMENTATORS…IRISH ATTITUDES TO THE EURO CRISIS