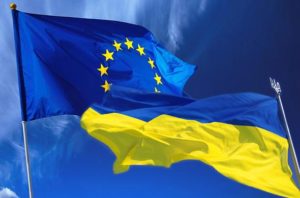 Control over Ukraine’s fertile land and natural resources has been a source of conflict throughout modern history.

The Russian occupation of Crimea, which is part of the sovereign territory of Ukraine, is the first forcible alteration an international boundary in Europe since the end of World two.

In Eastern Ukraine, the conflict between Russian backed militias and the Ukrainian Government led to the shooting down by the militias of a passenger airline full of Dutch holiday makers returning from the Far East.

Ukraine is a democracy, but is afflicted by corruption and by constant tension between its President and its legislature under its US style constitution.

Ukraine looks to the European Union for salvation, but the EU is turning inwards and giving priority to other problems.

In an attempt to understand the challenge, I read “The Gates of Europe” by Serhii Plokhy. It  is a history of Ukraine from the earliest times. Plokhy is a Professor of History in Harvard.

At the outset of the First World War, Ukraine was divided between the Russian and Austro Hungarian Empires. The between the Russian Orthodox Church and the Greek Catholic Church, which is in communion with Rome but following Eastern rite, are active in Ukraine, and religious divisions have been a source of conflict in the past..

Both Russian and Ukrainian languages are spoken in the country, Russian more in the cities and in the east of the country.

The Ukrainian language is now  promoted as a badge of national identity, as Irish is in Ireland. Thanks to immigration from Russia the country is ethnically diverse, but partly because of high handed Russian actions, even ethnic Russians in Ukraine increasingly identify themselves as Ukrainian.

Plokhy traces the cultural and political influences that shaped the country in the past two millennia.

Ukraine was onn the frontiers of the Roman Empire. It came under the influence of Greeks of the Byzantine Empire from Constantinople, who introduced Christianity to the area in 989 AD

It was from Ukraine that Christianity was introduced to Russia, which partly explains the Russian view that Ukraine should not be separate from Mother Russia.

In 1240, Kiev fell to the Mongols, who ruled the area for 100 years. The Mongols were defeated in 1359 and Ukraine became part of the Grand Duchy of Lithuania, which was dominated by Poles and Lithuanians. The Grand Duchy’s Catholic religious policy was resented by Orthodox Ukrainians.

From 1590 to 1646, a series of risings by Cossacks (armed bands of native Ukrainians) weakened the Grand Duchy and oriented Ukraine towards Moscow and the Orthodox Church.

The autonomy enjoyed by the Cossacks within the Russian Empire was ended by Catherine the Great in the 1770’s, and that fuelled resentment.

Plokhy describes the tragedy of the First War, when Ukrainians fought on both sides.

At the end of the war, and during the Russian Civil War, Ukraine briefly became an independent state. That independence was ended by the victory of the Bolsheviks in the Civil War.

Plokhy shows how the Jews, who were numerous in Ukraine , became scapegoats.

Under Stalin in the 1930’s, Ukraine suffered a terrible famine because of Communist determination divert food supplies into the cities to help industrial expansion.

During the Second World War, which was fought over the territory of Ukraine, Ukrainian nationalists took up arms for the independence of their own country, against both the Nazis and the Soviets.

The pro independence fighting against the Soviet continued well into the 1950’s, but without any aid from the West.

Ukraine did comparatively well, while Stalin’s successor Khruschev, and his protégé Brezhnev, were   in charge of the Soviet Union.

Under Gorbachev, things got worse for Ukraine, especially in the aftermath of the Chenobyl nuclear disaster which affected 3 million people in Ukraine and where the risks to the population were partially covered up by the regime.

While it was the Baltic states and the Russian Federation, led by Yeltsin, which precipitated the breakup of the Soviet Union, Ukraine took full advantage of it, and declared itself independent in 1991.

Interestingly the US, which favoured independence for the Baltic states, opposed it for Ukraine at that time. President Bush senior foresaw the effect Ukrainian independence would have on Russian opinion.

As an independent country, Ukraine shared the economic collapse in most post Soviet states caused by the stress of adjusting from a Communist to a market economy. Unlike Russia , Ukraine does not have vast natural gas reserves, but, also unlike Russia, it has remained a democracy.

This is an important book, because it deals with a country that could become a source of conflict between EU countries and the Russian Federation in the foreseeable future.

Russia feels the Ukraine should be part of its “sphere of influence”, but the EU rejects the notion of “spheres of influence”.  Many in the EU believe Ukraine could eventually be eligible to be an EU member (something that most Ukrainians would like but the Russians would hate).

In some circumstances, Ukrainian membership of the EU could benefit Russia, but nobody in Moscow sees it that way……..at least, not yet.