TWO STATES, OR EQUAL RIGHTS IN ONE STATE—WHICH IS THE BEST OPTION FOR PALESTINIANS ON THE WEST BANK OF THE RIVER JORDAN? 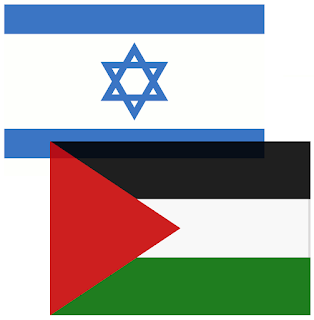 The news that separate buses, on the same scheduled routes, are being introduced for Israeli settlers and for Palestinians in the West Bank has disquieting precedents.
The fight against segregation on the same buses in the American South was a key part of the Civil Rights campaign there. Segregation in transport also featured in South Africa in the past.
The West Bank has now been occupied, and governed, by Israel for 46 years now.  That is for most of the time that Israel itself has existed.
The Palestinian residents of the West Bank have no vote for the Parliament which makes the important decisions as to what happens in the area in which they live.
Israel is the only functioning democracy, apart from Turkey, in the region, but its democratic privileges do not extend to the Palestinians it governs in the West Bank.
West Bank Palestinians have been encouraged to pursue the goal of a Palestinian state in the West Bank, but the physical space that such a state might occupy is being increasingly taken up by Israeli settlements and infrastructure.
I wonder if the West Bank Palestinians might not be wiser to change the terms of the debate on its head and  seek
Given the history and ideology of Civil Rights in the US, it would be difficult for the US to decline to support such a demand. It would also require Israel to ask itself the hard questions about its long term intentions for the Palestinian people it governs on the West Bank. For its own sake, Israel needs to ask itself these questions sooner or later.
Print Entry

LAND ,RELIGION, SECULARISM, AND POWER POLITICS, A STORY OF MEXICO