In Gambia, Martin Meredith, Senegal, The state of Africa 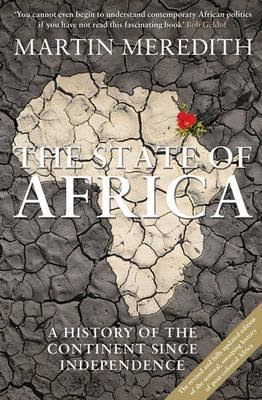 I enjoyed reading “The State of Africa, a history of the continent since independence” by Martin Meredith (Simon and Schuster).
It is a comprehensive narrative history of all the states on the continent, from Egypt to South Africa. It is necessarily a long book but is very readable and fair minded.
Not all countries started with the same advantages. For example , Ghana had had  38 years of experience with internal elections, under British rule, before independence, whereas Tanzania had had only 38 months of such experience. Much more investment had been made in education by the British in West Africa, than in the East Africa.
The fall of Communism in Europe led to the spread of democracy in Africa. In 1989, only three Africa countries had had a record of consistently holding free and fair elections, Senegal, Gambia and Botswana. But over a period of five years thereafter most of the one party systems in Africa were dismantled.
In the years prior to independence, there had been a boom in prices paid for African commodities and that made the job of the new rulers harder, when the boom ended shortly after independence, and the terms of trade moved against Africa . Population growth added to the problem. Africa’s population grew from 200 million in 1960 to 450 million in 1990.
Tribalism is often blamed for Africa’s problems, but it had been encouraged under colonial rule as a cheap way of governing the population.
Civil Wars have done enormous damage and they are each described in some detail.
Lately, these wars are taking on a religious character and this is a topic that deserves further study.
This excellent book whetted my appetite to read more about this continent, which has so many problems, and so much potential.
Print Entry