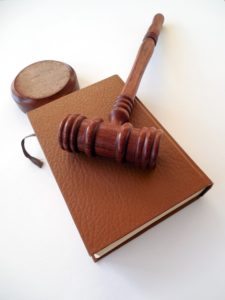 The fact that the President of the United States has suggested that he might use his power to grant Presidential pardons to shield himself and his family from possible prosecution shows that he does not understand the constitution of his own country, or the “Western Values” which he vowed to defend in his recent speech in Warsaw.
A basic tenet of the rule of law and of Western values is that justice requires that one not be a judge in one’s own case.
In autocracies or absolute monarchies, the autocrat or monarch could be the judge in his or her own case. That does not apply in a constitutional democracy.
If the President is contemplating awarding himself or his family a pardon, he is acting as judge in his own case.
The United States institutions need to show they understand and are capable of applying these basic rule of law principles. They need to show that the President is subject to the Constitution.
This is necessary , if the United States is to continue to give the sort of moral leadership to the world that its citizens believe it is capable of giving.

Meanwhile the European Union faces its own problems over judicial independence.

Last Thursday the Polish Parliament passed a law that will allow for the sacking, and selective reappointment by the President, of the entire Constitutional Court.

This politicises the legal system of Poland, in an unacceptable way.

It may mean that court judgements in Poland will, in future, be driven by nationalistic or other politically motivated considerations, rather than by the words of the law.

If that were to happen, it would affect the rights of individuals and firms from other EU countries in their dealing with the Polish authorities.

What can the European Union do about this?

“respect for
human dignity
freedom,
democracy,
equality,
the rule of law, and
respect for human rights, including the rights of persons belonging to minorities”.

Some of these six values are open to widely differing interpretations, depending on one’s ideological preferences.
So the EU institutions be very cautious, and maintain an objective detachment, in the use of these powers under Article 7.
Of all of the values specified, the one that is easiest to define objectively, and with least controversy, is the value of the “rule of law”.

Indeed , without the rule of law, it would be hard to see how the other values could be effectively upheld.

So the European Commission is right to use its full powers in this matter, no matter what difficulties that may cause for it.

Poland has had fair notice of all this and should not be surprised. Other EU member states will be watching. Authoritarian tendencies are not confined to Poland.