THE ROAD TO IRISH INDEPENDENCE 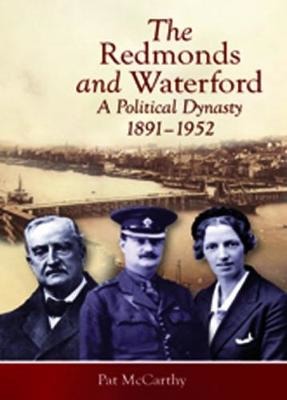 Ireland will soon be entering the period of commemoration of the conflict that took place in this country between 1919 and 1923.

The first police victims were RIC constables James McDonnell and Patrick O Connell, killed at Soloheadbeg Co Tipperary on 21 January 1919.  Both were Irish born Catholics, as were many RIC victims. 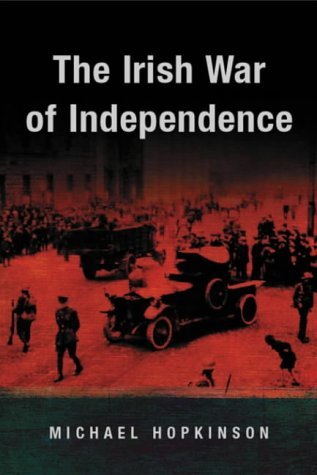 The first Magistrate to die was James Charles Milling, a Mayo native, shot through the front window of his home in Westport in March 1919. He was a member of the Church of Ireland is buried in the Holy Trinity cemetery in Westport.

These Irishmen were supporting the then existing legal order as they saw it, and paid the supreme sacrifice in so doing.

The tragedy of these conflicts is reflected in two books I read recently.

One is “The Irish War of Independence” by Michael Hopkinson, published by Gill and Macmillan.

The other is “The Redmonds and Waterford, a political dynasty 1891 -1952” by Pat McCarthy published by Four Courts Press.

Hopkinson’s book shows how the threat of the introduction of conscription in Ireland, in March 1918, radicalised Irish opinion and laid the foundation for the Sinn Fein electoral victory over the Irish Parliamentary Party nine months later,  in the General Election which took place when the Great War was over.

Sinn Fein won the election on a manifesto of abstaining from Westminster and seeking recognition for Irish independence from the Peace Conference in Versailles.

The Manifesto claimed that

This rejection, on principle, of compromise was reckless. It made conflict of some kind inevitable.

But the Sinn Fein Manifesto did not seek an explicit mandate for armed insurrection, although it did speak of the

“use of any and every means available to render impotent the power of England to hold Ireland in subjection”.

It is hard to argue that, by voting for Sinn Fein in 1918, the Irish people gave a clear democratic mandate for the waging of war.

From the beginning, the preferred IRA tactic was the shooting of policemen (whether armed or not, whether on or off duty) and of Magistrates.

Policemen and Magistrates were, and still are, the executors of state authority in every locality. Killing them was designed to undermine that authority.

Hopkinson claims that both Griffith and de Valera were opposed to the shooting of policemen and would have preferred more conventional warfare. But their policy of appealing to the Versailles Peace Conference yielded no results, despite de Valera’s efforts to rouse opinion in the US.

The struggle was evenly balanced.

Despite many IRA successes, by July 1921, there were 4500 IRA internees, compared to around 2000 active in the field. Shortage of ammunition was a problem for the IRA.

Shortage of manpower was a problem for the authorities. The British had other military priorities, in places like Egypt.

The possibility of Partition had been a main reason for the rejection, by Sinn Fein and wider Nationalist opinion, of the Home Rule policy of John Redmond in the 1916 to 1918 period.

But when it came to negotiation a Truce to end the hostilities in 1921, partition was no longer so central. Hopkinson claims that Lloyd George was told through intermediaries that

“the Dail would accept the exclusion of the six counties provided that fiscal autonomy was granted to the twenty six”.

This is, in fact, how things turned out. Ireland got fiscal independence but partition remains.

The key issue in fiscal independence was the ability to impose tariffs.

One of the perceived inadequacies of the Home Rule proposal had been that Home Rule Ireland would have remained in the UK Customs Union, and would not have been able to impose tariffs on British goods. Fiscal autonomy, under the Treaty of 1921, enabled the Free State to impose tariffs.

When the war was started in January 1919, Home Rule was on the statute book, but remained unimplemented because of differences over the exclusion of some Ulster counties.

That happened in 1920, when the UK Parliament passed a  new Government of Ireland Act, creating two Irish Home Rule Parliaments in place of one , a Parliament  for Ulster (which became Stormont) and another for the rest of Ireland(which was boycotted by Sinn Fein and was stillborn).

This is where the theme of Pat McCarthy’s book, on the Redmonds, intersects with Hopkinson’s book on the Civil Wars.

When the new Government of Ireland Act, setting up Stormont, came before Parliament in London, there were very few Irish Nationalist MPs there to oppose or amend it. This is because the constituencies in Southern Ireland had elected Sinn Fein MPs, who declined to take their seats.

There was one exception, Captain Willie Redmond, who had defeated the Sinn Fein candidate and  won his father John’s old seat in Waterford City.

But this small Nationalist Party in Westminster did not have the votes to insist on amendments that might have protected the minority in Northern Ireland from what were to be the discriminatory excesses of the Unionist dominated Stormont Parliament.

Pat McCarthy’s book explains how it came about that a city in the south east of Ireland could resist the Sinn Fein tide that swept over the rest of the South in December 1918.

It was due to a devotion to John Redmond in Waterford City that lasted long after his death.

John Redmond had protected the economic interests of Waterford City, bringing it funds for housing and bridge building. He forged an alliance with the local pig buyers association and with the trade unions. Like Redmond, Waterford City had remained loyal to Parnell unlike most of rural Ireland and this Parnellism added to Redmond’s appeal in Waterford.

After 1922, Captain Willie Redmond was elected to Dail Eireann and founded his own party, the short lived National League.

He later was re elected as a Cumann na nGaedhael TD in 1932. He died later that year and his young widow, Bridget Redmond continued to represent Waterford City in the Dail as a Fine Gael TD until she died at a young age in 1952, just after having got her largest ever vote in the 1951 Election.

Because it is concerned with a particular family and locality, Pat McCarthy’s book is full of human interest. But is also a serious and balanced work of history.

Hopkinson’s narrative and analysis of the War of 1919 to 1921 is necessarily more superficial, but it is well worth reading too.

CAN WE DEAL WITH THE EMOTIONS THAT UNDERLIE BREXIT?

“ ONE OF US: WHY WE MUST CONTINUE TO PROTECT THE UNBORN”