THE REAL LESSONS OF THE CUBAN MISSILE CRISIS…….STILL RELEVANT, BUT IGNORED, 51 YEARS LATER 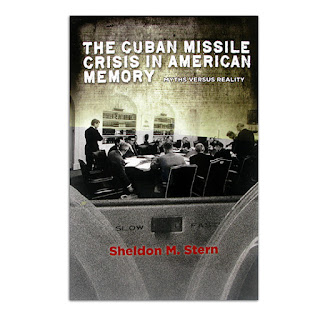 One of the events that shaped my youth was the Cuban Missile Crisis of October 1962.

Like almost everybody else I believed that the Soviet plan to locate nuclear armed missiles in Cuba was a direct threat to the United States and that, in facing down that threat, President John Kennedy had saved the world (and his own country) from an imminent threat.

“Standing up to the Soviets” was supposed to been shown, by the Cuban missile success, to be the best and the safest policy to secure peace.
From that lesson came the US policy that standing ones ground was the right policy to follow in South Vietnam.

The murder of President Kennedy just a year after the Cuban Missile crisis meant that historians (who like their books to sell) did not question the Presidents policy on Cuba very rigorously.  It also meant that other Presidents, like Johnson and Nixon, were the ones who took the responsibility if bad things flowed from trying to apply the supposed   lessons from the Cuban Missile crisis.

A new book has been published by Stanford Press which calls all this into question.

This book  is reviewed, in” the Atlantic” magazine, by Benjamin Schwartz.
It shows that the Kennedy Administration itself provoked the crisis by deploying, earlier in 1961, Jupiter missiles aimed at the Soviet Union in Italy and Turkey.

These missiles were not a mere deterrent. They were aggressive in intent because they were
visible,
immovable, and
above ground.

They could thus only be militarily useful in the event of nuclear first strike by the US against the Soviet Union, because, if the Soviets themselves  had decided to use nuclear weapons first, they would have made sure to  knock these  missiles out of commission, in the first seconds of their attack.
The Soviet decision to send missile to Cuba was a response to this deployment of missiles in Turkey and Italy a few months earlier by President Kennedy,  and  was an attempt to get  himto understand how the Soviets felt about the missiles in Italy and Turkey.
Many thought that, because Cuba was so close to the US, deployment of Soviet missiles there was a unique new risk to the US.

Schwartz says this was not so that there was a negligible difference in flight times to targets in  the US as  between intercontinental  missiles based in the Soviet Union, and those to be  based in Cuba.
Schwartz claims that President Kennedy knew that the  proposed Cuban based  missiles  did not pose a special new threat, but that he felt he had to be SEEN not to back down in face of the Soviet move.

For that he was prepared to run a real risk of a nuclear war.

He could have asked the Soviets, at the outset of the crisis, to trade” no Soviet missiles in Cuba”  for “no US missiles in Turkey”, but he did not make that offer at that time.
Eventually that was precisely the deal that did end the crisis.  But , according to Schwartz, “Kennedy threatened to abrogate (the deal) if the Soviets disclosed it” .

For domestic purposes, he wanted the Soviets to appear to have backed down.
The lesson here is that politics can get in the way of realistic security policy.

As another Democratic US President  seeks to deal with  further risks of nuclear proliferation, it is wise to reflect on the real lessons of the Cuban Missile crisis.

LAND ,RELIGION, SECULARISM, AND POWER POLITICS, A STORY OF MEXICO