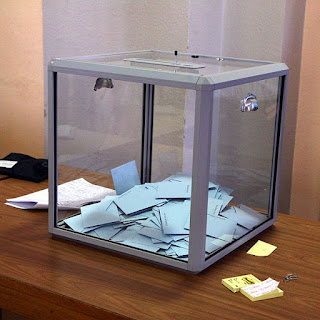 The effects of the recession are not being felt equally by everyone. Those who lose their jobs are much more severely hit, than the majority who keep their jobs. Those who invested in bank shares or property, are harder hit than those who invested in bonds or left their money on deposit in a bank.
Inequalities like these create political difficulties and make it harder to forge consensus around difficult but necessary decisions.
Even before the recession hit, it is clear that there has been a widening of income disparities in Europe in the past forty years, although the number living in absolute  poverty  and want has dramatically  diminished.
In terms of welfare improvement, the reduction in absolute want is much more important.  But some psychological research suggests that people become more unhappy, if they fall behind other people with whom they like to compare themselves, even though in absolute terms they are better off.   For example, if your brother in law gets a big pay rise, and you do not, that can cause you more anguish than if neither of you had got a pay rise.
My own sense is that Europe’s rate of growth, relative to that of most the rest of the world, will fall over the next twenty years,  because Europe’s population is ageing . As people age they become less productive of the limited range of things that statistics on economic growth measure.
Economic growth involves the consumption (sometimes irreversibly) of resources that are in limited supply. Europe has used up more of  its limited resources already than  has been the case in other parts of the world.   For example, Europe’s supplies of coal, gas, and  oil are limited, and have been consumed more fully, than those in other parts of the world.
What is going to happen next?
Will Europe’s accumulated wealth form the good years be enough to see us through?
I fear the accumulated resources of the “fat years” will be run down quite quickly , because the political structure favours this. Older people are more likely to favour running down resources quickly because they will not be around in the longer run. Older peoples interests get  disproportionate weight in politics , because   all older people  have votes, whereas only a proportion of younger people have a vote.  A parent of young children has no more votes than do  those who have no children at all, so there is a bias in the system in favour of the interests of adults, who, by definition,  have less interest in  the long term future than children do . As individuals, children are unrepresented.  The tension here will be aggravated to the extent that it is minority on non influential groups, like immigrants, who have more than one child, and elites who have fewer children.
Whether or not politics becomes more polarised depends on whether political leaders develop a  narrative for the future that  convinces a majority of the people that sacrifices, and  the gains to be  achieved by those sacrifices, will be shared fairly .
The question that has to be asked is whether European states are capable of developing such a narrative. In some senses, the states in Europe today are too small, with too limited taxing capacity, to guarantee a fair sharing of burdens and rewards.  Free movement of people and money also allows individuals who are making gains to pay less tax by moving themselves or their money to another country. Urbanisation has reduced the instinctive sense of solidarity that people have with their “neighbours”, and thus their willingness to pay taxes for the benefit of “neighbours”.
Given that it is impossible to manage national economies in isolation any more, it is arguable that the EU, rather than individual states, is an entity of a better size to organise and implement a consensus policy to distribute the sacrifices necessary to achieve growth, and rewards of growth, more fairly.  But the EU has no mandate to do this, and the public feel they have little or no direct means of influencing EU policy making.
Print Entry

THE IRISH ECONOMY…….Focussing on the future, while learning from the past.