THE PERSPECTIVE OF THE IRISH PARLIAMENTARY PARTY ON THE 1916 REBELLION 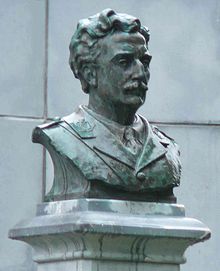 I have been asked to address the above topic.

If one scrutinises the record of debates in the House of Commons in 1916, one can get a sense of the perspective of the Irish Party members.

The remarkable speech of Captain William Redmond, the MP for East Clare, in March 1916 gives a sense of how he and other Irish soldiers fighting on the Western front , as they saw it to defend the violated neutrality of Belgium, would have seen things.

He spoke of their terrible conditions, but also of their cheerfulness. “The harder the conditions, the more cheerful they seem to be” be said. Willie Redmond, a man in his late 50’s, and 35 years an MP, was to die of his wounds later in the year. Willie Redmond  would have been  disappointed to think that, within days of his speech, a Rebellion would have been initiated in Dublinin alliance with Germany, against whom he and other Irish soldiers, all volunteers, were fighting on the Western Front.

That would be one perspective….before the Rebellion.

During the Rebellion itself, the Irish Party leaders were dispersed and had difficulty communicating with one another. John Dillon was in Dublin, Joe Devlin in Belfast, and John Redmond and TP O Connor in London.

After the Rebellion, on 11 May, another perspective came to the fore, this time expressed by John Dillon MP in the House of Commons.

He spoke of his opposition to the Rebellion and of how Irish Party MPs had persuaded some of their constituents not to take part. He referred particularly to Thomas Lundon MP in Limerick. He said nine out of every ten Irish people were opposed to the rebellion.

But he went on to condemn the house searches undertaken after the Rebellion was over in parts of the country where there had been no trouble at all. He said it was “insanity” to leave Ireland in the hands of General Maxwell.  He said his prime object in his speech was to stop the executions. He said the river of blood was undoing the work of reconciliation.

He recalled that when the American Civil War ended, Abraham Lincoln did not execute anyone

He said Premier Botha had put down a pro German rebellion in South Africa without any executions. The Irish Rebellion was also undertaken in alliance with Germany so this comparison was apt.

John Redmond had also urged the Prime Minister to stop the executions the day before Pearse and Clarke were executed.

In his speech in the House of Commons, John Dillon drew attention to the stupidities of the post Rebellion repression by Sir John Maxwell.  He gave the example of the Commander in Chief of the Irish Volunteers, Eoin McNeill , who, by giving a clear military order that the the rebellion was not to take place, in Dillon’s words “broke the back of the rebellion on the very eve of it, and kept back a large body of men from joining it”. Despite this , McNeill was also imprisoned by the British.

Incidentally, given that a democracy relies on military discipline, the commemoration of actions taken in breach of orders, is inherently uncomfortable for soldiers and politicians alike.

In considering the overall policy record of the Irish Party, one must draw attention to a few important points.

Earlier in 1916, the Irish Party has prevented conscription being applied in Ireland, while it was being applied on the entire island of Britain.

A year and a half earlier, it had had another vital parliamentary achievement which invalidated the case for a Rebellion. The principle of Irish legislative independence for Ireland was  won from the Imperial Parliament, in September 1914, by the passage into law and signature by the King of the Home Rule Bill. That happened BEFORE any rebellion here, and, as Conservative leader Bonar Law subsequently admitted, there was no going back on Home Rule. The point of principle was won without a shot being fired.

This, along with the transfer of the effective ownership of the land of Ireland into the hands of those who were working it, were signal achievements of the Irish Party. Indeed it was the Irish Party achievement of land reform, which created an Irish rural middle class, that in turn enabled  Ireland to remain democratic in the 1920’s and 1930’s, when so many other new states became authoritarian.

But if that exclusion was once accepted, there was no barrier in the way of the rest of Ireland progressively winning ever greater degrees of sovereignty. That could have been achieved by peaceful negotiation, if it was what the voters of the 26 or 28 counties wanted.

Indeed some of the exclusions from the powers of the Home Rule Administration(eg. Marriage law and tariffs) were only put therein the first place, to reassure Ulster Unionists, when  it was envisaged, as in the original Home Rule Bill, that  that all 32 counties would be fully included from the outset.

The same principle of legislative independence, conceded to Ireland in September 1914, was conceded b to Canada, Australia and other dominions.  We know now that they all of them proceeded to full sovereignty, without   the suffering and bitterness of war.

The path of violence, started upon by Pearse and others in 1916,and followed from 1919 to 1923 by his imitators, was traversed at a terrible price.

I believe the Irish Parliamentary Party would have been aware of this. They would have realised that once violence is introduced into the blood stream of politics, it is very hard to get it out again. So it has proved.

Given the value Irish people place on each human life, those who take life, have the primary burden of proof to discharge. It was for them to prove that no other way was open.  I believe that the Irish Parliamentary Party would have felt that that test was not passed by those who initiated the Rebellion in 1916.

They would have felt  that Home Rule, already law, could, once brought into force have led Ireland to the same position of Canada enjoys today, if that was the wish of the Irish people.

The Home Rule Parliament would have elected under the same wide suffrage that applied in 1918. Sinn Fein would have won significant representation in the Home Rule House of Commons, as would the Irish Labour Party and the group led by Tim Healy. All three groups would have pressed for ever greater degrees of independence, going beyond Dominion status.

Home Rule was not brought into force immediately on its passage into law because it was felt that it would distract from what was expected to be a short duration war effort. That postponement was not controversial in Ireland at the time .Indeed John Dillon had said “No rational man would expect the government to set up an Irish Parliament while war was raging”

Home Rule could have also come into effect in late 1916, and Carson had agreed to that on the basis that the six counties would be excluded for the time being and would be administered directly from Westminster. That did not happen because some Conservative members of government, Lansdowne, Selborne, and Long, objected because of the disturbed state of Ireland in the wake of the Rebellion and the fear that Germany, who had allied themselves with the rebels, would exploit the situation militarily.

But, regardless of that Home Rule would have come into effect at the end of the war, if that was the path the Irish people chose in the  December 1918 Election. They did not do so

It would not be  credible to say that the UK would have denied to a Home Rule Ireland, the powers it freely granted to dominions like Canada and Australia, under the Statute of Westminster of 1931, if that is what the Irish people really  wanted.

The suffering of the War of Independence was, I believe, not needed to achieve Dominion Status.

In the 1918 Election, the policy of the Irish Party, led by John Dillon, was Dominion Status for Ireland.

The policy of Sinn Fein, led by Eamon de Valera was complete separation of the 32 counties from the UK on the basis of the 1916 Proclamation.

Sinn Fein won the election but, after all the killing in the War of Independence, all they ended up with was Dominion status, the very policy of their defeated Irish party opponents.

Therein lay the roots of the Civil War from 1922 to 1923. After all the deaths of the War of Independence, the separatists had to accept, in the Treaty, the exact policy of their democratically defeated  Irish Party opponents of 1918.

If a nation is to learn anything at all from history, it must be willing to examine, using all it knows now, what might have happened, if a different historical choices had been made. Otherwise there is little point studying history.

The choice to use force in 1916, and again in 1919, must be subjected severe reappraisal , in light of what  we can see  might been achieved, and was in fact achieved by other former British dependencies, without the loss of life .

Remarks by John Bruton at a Seminar on the 1916 Rebellion, organised by the Society of Former Members of the Dail and Senate,  in the Senate Chamber in  Leinster House Dublin at 2.15 pm on Friday 22 January.

THE UK VOTES TO LEAVE………WHAT HAPPENS THEN?