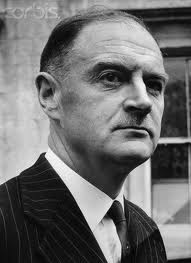 I attended a small dinner in Leinster House recently of Fine Gael members of the Dail during the term of office of the National Coalition Government of Fine Gael and Labour ,  which was headed by Liam Cosgrave, as Taoiseach, and  which held office from  March  1973 to July 1977.

The dinner was hosted by Charles Flanagan, chairman of the Fine Gael  parliamentary party, whose father, Oliver J Flanagan, was from 1976 Minister for Defence in the National Coalition.
One of the   attendees was the current Taoiseach, Enda Kenny, who was elected to that Dail in a by election in 1975.
Notable attendees included Richie Ryan (Minister for Finance), Peter Barry(Transport and Power and later Education), Pat Cooney( Justice), Dick Burke(Education), and Tom O Donnell(Gaeltacht) .
The Government came to office after a General Election at the end of a period of 16  years of  single party  Government by Fianna Fail.
Fine Gael and Labour had a 14 point pre election pact, which enabled them to win the election, despite the fact that their combined  first preference vote was less than it had been in the  1969 election. In 1969, the Labour party had campaigned on the basis that it would not enter coalition and, as a result, the transfer of second preference votes between Fine Gael and Labour was much less, and thus  the seats won by both parties less than in 1973.
The term of office of the Government was dominated by two phenomena, the oil crisis of  1973 and its consequences for the economy, and the murder campaign of the IRA on both sides of the border.
The oil crisis meant high inflation, and restricted government revenues. The Government introduced food subsidies, and removed VAT from food .It also introduced new capital taxes, which proved controversial. Farm incomes rose substantially as a result of EU membership, and this led to urban/rural tensions of a kind not seen before or since. Social Welfare benefits were extended and new benefits introduced, such as for unmarried mothers. Education was reformed, with the removal of compulsory Irish from the Leaving certificate
The long, and pointless, campaign of violence by the IRA was at its most intense during the period of this Government.
Liam Cosgrave, Pat Cooney, and Conor Cruise O Brien and all the other Ministers of the National Coalition resolutely opposed the IRA by every legal and persuasive means at their disposal.
Liam Cosgrave negotiated the Sunningdale  Agreement in  1973, which in substance was as advanced  as the Good Friday Agreement of 1998. Unfortunately, many people had to die ,in the  quarter century it took the IRA to realise that  this was the maximum obtainable, given the demographic and political realities of Northern Ireland.
I served as Parliamentary Secretary to the Minister for Education (1973 to 1977), and to the Minister for Industry and Commerce (1975 to 1977), in the National Coalition.
One of the strengths of the Government  was the good personal relationship between Liam Cosgrave and the Tanaiste and Leader of the Labour party, Brendan Corish. They had served together in the Dail for long time previously and had shared interests, including horse racing.
Print Entry