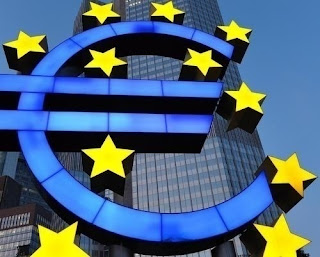 On the basis of the  agreement at the EU Summit on 9 December, the EU is working out the details of the proposed fiscal compact which will be incorporated in a Treaty between EU members, except the UK. The latest version has been published on the Open Europe website and is herewith.

My own view is that something solemn and strong, along these lines, is needed if sovereign borrowing by European states is to regain the confidence of the markets. This a vital national interest for all euro area member states, notably for Ireland. So the Treaty must  pass. But we must also make sure it is as well designed as possible.
A few questions need to be answered.
1.)    Will this Treaty need to be put to a Referendum in Ireland?
When Ireland joined the United Nations and the IMF, no referendum was needed, even though in the former case Ireland theoretically could have been, or be,   committed militarily,  in  defined circumstances, which have not  in fact yet arisen.
One of the provisions in the Treaty , would commit Ireland to introduce a balanced budget rule into its legal system in a  binding and permanent way, preferably in the national constitution.
A constitutional amendment would definitely require a referendum. But an amendment to the Central Fund Act or some other piece of “permanent” financial legislation, to impose a balanced budget policy, would not require a  referendum.
I wonder if  that would be sufficient?
2.)    How easy will it be to interpret is the proposed compact?
If the wording of the proposed Treaty is to subject to adjudication by the European Court of Justice and, in Ireland’s case, by the Irish Supreme Court it needs to be very clear .
The Treaty would allow a country to have a structural deficit of up to 0.5% of GDP , “in terms of the country specific medium  term objective” for that country. That objective would presumably be set by the Commission.
Interpreting administrative objectives set by the Commission would be difficult for Courts.
Furthermore, the concept of the structural deficit itself is quite elastic. It depends on the point a country is on in its economic cycle. But there is often controversy even among top economists about when an economic cycle began or ended, and even about whether there is such a thing at all. This will bring judges into very difficult areas in which they have little expertise.
There is also a question about how binding these rules will be. A rule in Ireland’s constitution is much more  severe, than rules in constitutions in other countries, where the constitution is  seen as guidance, rather than absolutely binding regardless of circumstances
3.)    Does the compact do everything that needs to be done?
My own sense is that there is not enough in the draft Treaty about how Europe is to regain competitiveness and market share.
This means bringing downs costs, in the way Germany did in the 1990s and Latvia did more recently. Fiscal austerity is necessary, but not sufficient, to achieve this.
Austerity is not an end in itself. It is only a means to an end, and that end needs to be more credibly and clearly defined by the Heads of Government of the Euro area.
Print Entry