THE IRISH BUDGET FOR 2012…….KEEPING THINGS IN PROPORTION 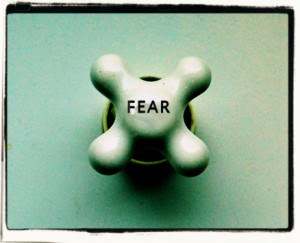 The media in Ireland are full of fear laden stories about prospective cutbacks in spending in the budget to be announced  tomorrow and  on Tuesday.
It may help, to  keep this in proportion, to reflect  how much spending increased in recent years.
Stephen Collins, one of Ireland leading political journalists, pointed out in the “Irish Times” yesterday that , since 1997,
*The standard Old Age Pension  rate had increased by 120%
*Unemployment benefit rate had increased by 130%
*Child Benefit rate   had increased by 330%
*the public service pay and pension bill had increased by 400%
BUT the cost of living only increased by 40% in the same period, he said.
This meant that the real value of these payments increased by the amount by which the  rate increase exceeded 40%, which in all cases was a lot.
The so called Bord Snip, chaired by Colm McCarthy, report for the previous Government pointed out that , between 2000 and 2006 alone ,
*numbers employed in the health sector (nurses, doctors, administrators) increased  by 20%
*numbers in the education sector (mainly teachers) increased by 27%
*numbers in Justice sector ( Gardai and prison officers) increased by  22%
*numbers in the civil service by 7%, but the increases in numbers in the higher grades were much  greater.
All the above were financed by taxation or borrowing.
It is fair to ask if service improved in the health, education,  and policing sectors by the same percentage,  as numbers employed in those sectors did and if not, why.
It is also only fair to point out that, in 1997 and 2000, before all these increases in spending took place, the country in general was not suffering acute hardship.
In 1997, the country  was living within its means. It is not doing so today.
But increases in service, or payments, once granted, are very hard indeed to reverse. This is the unenviable task that the government has inherited from its predecessor.
.
Print Entry

THE EURO CRISIS—WHAT COULD GO WRONG?