THE FRENCH PRESIDENTIAL ELECTION.: What Effect Will It Have On Europe’s Economy? 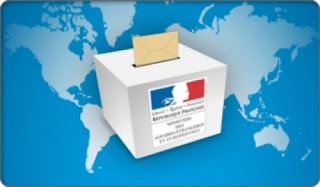 I spent  two weeks in France recently, which gave me a  chance to observe how  public opinion is heading  there, in anticipation of the Presidential Election  in April 2012.
Elections is other European countries are more important to us now than they ever were because increasingly the really important EU decisions are being taken by a method that requires that each country agree individually, rather than on a  collective EU basis.
We face a continuing crisis of sovereign debt in Europe, which calls, in particular, for leadership from the President of France, Nicolas Sarkozy and from the German Chancellor , Angela Merkel.
Both of them are facing domestic elections soon. This puts them under more pressure, than is  normal ,to pay attention to short term trends in opinion at home, and  can inhibit them in taking longer term decisions for the sake of Europe, which may be difficult to sell to home voters in the short term.
Nicolas Sarkozy faces particular difficulty. The latest poll gives him a 35% favourable rating, as against a 61% unfavourable one.
In a second round contest with the likely Socialist candidate, he would be liable to lose by 58% to 42%, a wide margin.
Other possible candidates on his own side might do better than the President himself. The most popular French politician at the moment is of the President’s own party. She is Christine Lagarde, now head of the IMF, who has a 55% favourability rating.  The President’s own Prime Minister, Francois Fillon also enjoys a better rating, 47% favourable as  against  35% for the President. Francois Fillon appeals to centrist votes more that the President does. But it is likely that the President will be the candidate, so all this is academic.
On the Socialist side, the strongest candidate with the general electorate is Francois Hollande.  But among Socialist votes, he is outdistanced slightly by Martine Aubry, the daughter of Jacques Delors. The Socialists are holding primaries to select their candidate. The Socialist party is committed to reducing the Government  deficit, but has a number of promises in its programme which would go in the opposite direction. It is likely that President Sarkozy, who is a formidable campaigner, will exploit these contradictions.
The National Front candidate, Marine Le Pen could get 17% in a Presidential Election, not enough to get into the second round, which is confined to the top two candidates, but enough to make French politicians reluctant to concede anything in EU negotiations  that might alienate highly nationalistic French voters ,who might turn to the National Front in  response.
Chancellor Merkel is in a stronger position. Her party is still the most popular and is ahead of the Social Democrats.  But a Social Democrat/ Green coalition would get far more votes than the present Christian Democrat/Free Democrat coalition would.  She is, however, in a better position to take long term leadership positions than is President Sarkozy,  because she has several coalition  options and he does not.
Elections are a opportunity to educate ourselves about the realities of life, for ourselves and for others.
Unfortunately, we do not have an electoral system in the EU that requires voters, when they vote in national elections,   to think at all about the effect their choices will have in other EU countries.   We have built a very high level of practical interdependence between us in the EU, but without creating a democratic mechanism to inform the electorates of each country about  the consequences of  this.
Economic policy cannot be separated from politics, and if the politics is myopic, so also will be the economic policy.  That applies just as much to the EU as a whole, as it applies to individual countries.
Print Entry

AUSTRIA, A SMALL COUNTRY, WITH A BIG HISTORY.