THE CONSTANT SEARCH FOR NOVELTY IN ANNUAL BUDGETS LED TO THE 2008 CRISIS, AND IS NOT THE WAY FORWARD NOW… EXPENTITURE CEILINGS SHOULD BE REALISTIC AND MEANINGFUL 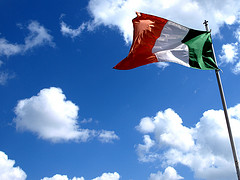 The Spring Economic statement by the Irish Government  has come in for criticism, mainly that it contains “nothing new”.
This sort of criticism is understandable from the point of view of a media ,for whom novelty is what gets attention.
But  a search for novelty  is what got Ireland got into difficulty in the first place.
The persistent search for novelty and “new initiatives” in annual budgets, every year from 2000 to 2007,was one of the reasons Ireland overspent, and got itself into a crash. Novelties in annual budgets eviscerated the tax base, and led to unsustainable spending commitments.
At that time, if the budget had not contained some sort of big new announcement every year , the Minister would have been open to the criticism that he lacked “vision” or “imagination”.
Now the same chorus is beginning to be heard again. Memories are indeed short.
The Spring Statement does not contain any such novelties,  but from the point of view of the public, if not the media,  that is a very good thing. It restores an important sense of perspective.

The important perspectives  in the Spring Statement are that
In his contribution o the Spring Statement, the Minister for Public Expenditure said again that the government is “now planning expenditures on a multiyear basis”, and  that Departments are operating under “multi annual expenditure ceilings”.
He also drew attention to the fact that the ageing of Irish society will add 200 million euros per year to health costs, and that the high birth rate will necessitate the appointment of 3500 extra teachers by 2021.
In fact, next year, the natural growth in demand for existing services public spending will on its own increase spending by 300 million euros, without ANY change in policy
This natural upward pressure on spending will mean that the setting of expenditure ceilings  for each Department will be a difficult task, requiring honesty and courage.
This natural increase in spending, without policy change, needs to be spelled out for each Department, and separated completely from any increase that is due to a policy change.
In recent years, the expenditure ceilings for one or two major services have been repeatedly breached. A ceiling that can be too easily breached will not keep out the rain!  It certainly imposes no discipline on local management.
This sort of breach in an expenditure ceiling can, of course, be easily explained, if there has, for example,  been an unexpected increase in unemployment. It is less understandable if the demand for, or the cost of, normal health services has been underestimated .
It should be possible to predict the level of demand for, and the cost of, health services a few years ahead, on the basis of known facts about the age structure of the population, and to separate that from increases in spending that arise from unexpected one off factors.
The budget system should incentivise local managements, who know their services best, to make the necessary savings and reallocations in time.  That job cannot be done as easily by Merrion Street.
If a Department exceeds its agreed annual expenditure ceiling, there ought to be a special procedure whereby both the Minister, and the Secretary General, of a Department, provides an early special statement to the Dail. This could be provided for in Standing Orders .
The Minister would account for, and quantify any policy changes, unexpected events, or recalculations that account for an excess, and the Secretary Genera would account for any lapses in expenditure management.
That procedure would ensure that future expenditure allocations would  be “evidence based”,  which is one of the  goals of the Minister for Public Expenditure and Reform.  It would add to the seriousness of the Estimates process and impose better accountability.
Print Entry

DEATHS OF REFUGEES CROSSING TO EUROPE FROM AFRICA