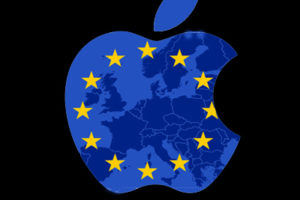 The EU Commission decision that Ireland must collect 13 billion euros in back taxes from Apple has created quite a sensation. Most people agree that multinational companies can, and should, pay more tax. That general goal of the European Commission is widely supported.

The key question is whether Apple was given selective aid, and , if so, if this breached EU  competition rules.

It is therefore important to say that the Irish government never “selected” Apple for subsidy.

Apple, of its own accord, simply applied for, and was given, an interpretation of Irish tax law as it stood at the time (in 1991 and again in 2007). Any other company, in a comparable legal and factual situation, could have applied for, and got, a similar ruling.

It is important to stress that, in its interpretation of the meaning of Irish tax laws, the Irish Revenue Commissioners act independently of the government. Their relations with individual taxpayers, large and small, are confidential. They hold themselves to a high standard of objectivity and integrity.

The Commission ruling, going back and revising ten years of tax liability on grounds of competition policy, rather than of tax law, creates uncertainty for many other companies about their present liabilities.

At a time when too many companies are failing to invest and are, instead, paying down debt or accumulating piles of cash, this added uncertainty is not good for the revival of the European economy.

It may even encourage some companies to incorporate or invest outside the EU, where the Competition directorate of the European Commission will not have the same power to issue retrospective directives to national tax authorities.

The Commission decision in the Apple case attempts to change the way in which profits can be attributed, for taxation purposes, as between different parts of a multinational company’s structure.

Previously, companies could get authoritative guidance on what was permissible in this respect from the relevant national tax authorities. This was possible because taxation was understood by companies to be primarily a member state, rather than an EU, competence.

Now companies will no longer be able to rely in the same way on these rulings, but will have to seek clarity from the European Commission on whether a ruling could be construed as offering a “selective” advantage to the company. In light of the Irish experience, revenue authorities of member states will be very cautious. All doubtful cases will tend to be referred to Brussels. This will add greatly to the burden of work of the Commission, and will entail an extension of the Commission’s field of activity. Commissioner Verstager herself has said that companies should double check the compatibility with EU Competition and State aid rules of the rulings they have been given by their national tax authorities.

As the corporate structures of multinationals vary considerably, the national tax ruling on each of them will have to be individually examined and adjudicated upon as to whether “selectivity” of some kind is involved.

The test of whether a ruling is illegal, in the Commission’s eyes, is whether it is “selective”. “Selective” is defined as giving a company an advantage over other companies in “comparable legal and financial situation”. As the factual situation of every company is different, this leaves a lot of room for subjectivity and argument.

The Commission will have hundreds of thousands of tax ruling of the 28 member states to review, and so far it has only looked at a thousand.

The Apple ruling also raises  new questions about which country is responsibility for collecting the taxes on particular profits, depending. Up to now, it was understood that a country was expected to collect taxes on profits on activities within that country. Now, Ireland is being told it must to collect the 13 billion euros from Apple even though, in Commissioner Verstager’s own words, “other countries” may actually be owed the money, not Ireland.

Much of the profit may actually be derived from activity undertaken by Apple in the United States, and any tax to be collected it may belong to the US. But Ireland now is told it must collect the money anyway. This is new form of universal jurisdiction!

I believe it would have been wiser for the Commission to concentrate its attention, in a forward looking way, on ensuring the uniform and rigorous implementation of the EU Anti Tax  Avoidance Directive which has already been approved by all member states, including Ireland.

The determination of the amount, and the collection, of back taxes should be left to national tax authorities, who, after all, have plenty of incentive already to go after the money!

THE US PRESIDENTIAL ELECTION