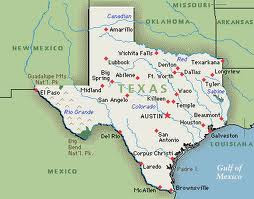 I was in San Antonio, Texas, this week to speak to a conference of the Association of Equipment Manufacturers http://www.aem.org. The members make equipment for use on building sites and farms around the world. Among the prominent members are Caterpillar, JCB, Volvo, John Deere and Liebherr, the family owned German company, that was one of the first ever foreign owned firms to invest in Ireland in the modern era. It came to Killarney in Kerry in 1959 to make cranes, and it is still there.
The Association is a very internationally oriented. The two speakers before me were both also from Europe. One of them complained about excessive regulation by the EU of matters like noise, dust and vibration on European building sites. He said differing global standards made export development more difficult for European firms.
The post before this one on this website contains the gist of my own remarks at the conference.
Another speaker was an old friend of mine, Bob Young, the Chief Economist of the US Farm Bureau, the major organisation of American farmers.
He said that American tillage farmers have had four or five very good years.
The extra demand for farm land to produce corn for ethanol has reduced supply of other crops and driven up prices . Almost as much corn is now being produced for ethanol as for animal feed. The excise duty exemption for ethanol is due to expire, but could be renewed.
Cattle production in the US peaked in 1975. Cattle numbers have been falling since, and are now back to their 1958 level. Cattle prices are low and are not likely to rise soon. Dairy farm incomes have been very volatile, more so than in Europe.
I also had the chance to meet with my third cousin, Jim, who lives in Texas and whose great grandfather, also Jim, emigrated from Dunboyne in 1856 and eventually settled in Festus, Missouri. His brother, my great grandfather, John, stayed at home on the farm in Dunboyne.
I first got to know Jim 15 years ago, we have kept in touch, and it was great to see him again. I originally traced my American relatives thanks to responses to a letter I wrote to a newspaper in St. Louis, giving details of an 1893 wedding notice I had found at home, and asking if any readers knew and descendents or relatives of the couple. It was very exciting to renew transatlantic family contacts that had been lost for more than half a century.
Print Entry

A POLITICAL SPACE TO SOLVE PROBLEMS