During 2016, I read and enjoyed two books by the British biographer, Anne De Courcy. 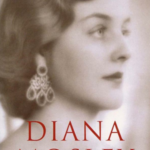 One was a life of Diana Mosley, the wife of the British Fascist leader Oswald Mosley. Diana was one of the well known Mitford sisters, one of whom, Nancy, became a noted author and another, Unity, became a noted devotee of Adolf Hitler. Oswald Mosley, who married their sister Diana, emerges from the book as an extremely egotistical man.

Diana left her first husband, Bryan Guinness, one of the brewing  family, to live with and marry Mosley. Diana met the already married Oswald Mosley in 1932, when he was already a well known politician, but also a notorious philanderer. He had all the glamour, daring, and vitality her husband lacked

Bryan Guinness had liked a quiet domestic life, whereas his wife preferred a busy, intellectually stimulating, social life. Mosley provided  that in abundance.

Diana and Mosley remained together through  his tempestuous political career in the 1930’s when he tried to turn Britain to Fascism. She also stayed with him during their internment during the Second War,  his failed attempt to launch a new Fascist Party after the War, and  their eventual voluntary exile in France. In her eyes, he could do no wrong.

The books throws light on the appeal of Fascism to well educated and aristocratic people in Britain during the 1930’s, and, in this, it helps us understand the appeal of authoritarian nationalism in our own times. 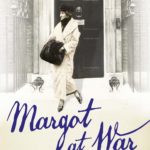 The other book, entitled “Margot at War, Love and Betrayal in Downing Street , 1912-1916” is an account of the life of the wife of the then Prime Minister, HH Asquith. It gives a  very good account of life in 10 Downing Street during the early part of  First World War.

As a devoted wife, Margot had to cope with the fact that Asquith, at this time, had become totally infatuated with Venetia Stanley, a friend of one of his daughters by his first marriage.  His obsession with Venetia  became well known to his political colleagues, and was a source of mortification and humiliation for his wife. It also undermined his authority as Prime Minister.

As de Courcy puts it, Asquith’s colleagues saw him

“bland, well fed, calm, scribbling letter after letter to Venetia  in the Cabinet  Room ,as vital questions of war were being debated,  and men were dying in their thousands”

This self indulgence contributed to the undermining, and  to the eventual replacement, of  Asquith as Prime Minister,  by his  Liberal Party colleague, David Lloyd George. This coup created a split that led to the virtual disappearance of the once dominant Liberal Party in the next twenty years.

Both books give a well written account of the historical background of the times, during which these two personal stories evolved, and are interesting for that alone.

Political power in Britain, in both eras, was exercised within a small aristocratic or intellectual circle. The characters entertained one another, frequently and lavishly, even when there were shortages.

Both Diana Mosley and Margot Asquith used their social contacts to advance their husband’s careers.  Thankfully, Margot Asquith had the greater success.