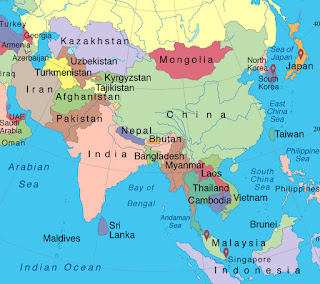 I am visiting East Asia this week with a delegation from the Irish Funds Industry Association. Ireland is in one of the world’s leaders in the creation, registration and administration of investment funds In the last 25 years Ireland has become the international fund hub for investment managers from over 50 countries and from an Irish base these managers distribute their funds worldwide with Asia becoming a particularly important marketplace. In fact in some instances and most recently up to 40% of the investments in Irish based funds are coming from Asia.
These funds include the widest range of investment strategies ranging from ones with a conservative fixed income goal, to ones which aim at higher yields and invest in growth sectors. The industry provides 10000 jobs directly in Ireland, and many more indirectly through legal, accounting and auditing firms. It benefits greatly from Ireland’s EU membership, which provides Irish based funds with an EU regulated investment product and a capacity to compliment services all over the world.
Singapore is, in many respects, the crossroads of Asia. In fact it is the second largest port in the world.  I met the Governor of its Central Bank and the leaders of its two big Sovereign Wealth Funds.   Singapore is a place from which investors can observe, and take part in, developments in the most dynamic part of the world. Asia is not unaffected by the debt crisis in the west. If European banks were to dramatically curtail lending in Asia that would slow development here.
Our visit to Malaysia focussed on the rapidly developing sector of Islamic finance. Because Islamic rules forbid the charging of interest, other ways are found to ensure that those providing the finance  share in the fruits of the endeavours they support.
Ireland has put in place a legal and regulatory system that has allowed the country to become the venue for the creation, registration and administration of Islamic funds, alongside the conventional funds in which we already are a world leader. There are many further opportunities for Ireland in Islamic finance. We need to realise that the Islamic market is much bigger than the Middle East and includes huge populations in Indonesia, India, Pakistan and Malaysia, as well as 50 million Muslims in Europe
Korea is a country the size of Ireland, but it supports almost 50 million people, as against Ireland’s 5 million. Its recovery after the devastation of occupation and war in the first half of the twentieth century is one of the true miracles of human development.
Unemployment is only 3%, and 80% of young Koreans obtain third level education, at enormous financial cost to themselves and their families. Korea and Singapore consistently top world rankings for educational attainment among second level students. But many well educated young people find themselves unable to find high status jobs which they feel are appropriate to their qualification level, and to the debts that have been incurred to attain it.
Japan has  had  the experience that  western countries  are now having, a real estate bubble leading to a crash, a big increase in Government  debt and a  very slow recovery.  Real estate prices peaked in 1991.  After that there was a crash which brought down the stock market as well. Government debt has now reached  225% of GDP, higher than  almost anywhere in the world. But most of the money is owed to the Japanese people themselves.
There is scope to close the gap between  revenue and spending.  Japan is a low tax country. VAT rates are only 5% and many workers are outside the income tax net. The Japanese birth rate is so low that the population is falling.
I spent a considerable portion of my time explaining the reasons for the crisis in the euro zone and possible remedies. Many of the countries here had similarly severe financial crises   ten years ago, but have recovered very well.
As in Europe, the ageing of the population is a concern in some East Asian countries. Birth rates in some of the countries are very low, so the size of the elderly population, that will have to be  supported by a diminishing working population, is set to grow rapidly here, as  in Europe. That is why saving is so important for many Asian families.
Some interesting views were expressed to me about neighbouring countries.
China is expected to have short term economic problems arising from its mistaken policies of subsidizing the consumption of energy. On the other hand, it plans to build a huge number of new cities, The number of big cities in China is to grow from  90 to 280, which could  open up big opportunities for Irish  firms with construction, engineering and  infrastructure financing expertise.
India’s economic growth has stepped up considerably, but is still constrained by too much regulation. Unlike China, it still has a literacy problem. It too will see major new urban development.
Indonesia has a lot of growth potential, but the Philippines  suffers from an oligarchic and paralysed system of  government,
There was much criticism of global banking rules which are pro cyclical, in the sense that the add to  the contraction of the economy when it is in a  downturn anyway, and  exaggerate expansion when  things are going well anyway. This topic is being ignored in the European Union at the moment.
Print Entry

THE EURO CRISIS- A CHALLENGE FOR BOTH PARTS OF THE ISLAND

THE EURO CRISIS—WHAT COULD GO WRONG?