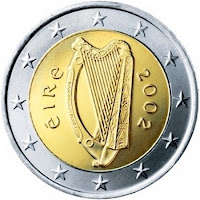 SERVING MORE PEOPLE, AND SPENDING LESS…A BIG ACHIEVEMENT
There were some interesting points made in the commentary on last weeks Irish budget proposals for 2014.
Minister Brendan Howlin drew attention to some of the push factors that are driving spending levels upwards…. Since 2008,

+  the numbers in schools and universities have risen by 8%,+  the number  of medical card holders(entitled to free healthcare on income grounds) has risen by 40% and+  the  number of people of pensionable age has risen  by 13.5%

Meanwhile, the number employed in the public service has fallen by 10% and the size of the public service pay bill has fallen by 17%. So there are fewer people who have to do more. This is a considerable managerial achievement for which all Ministers can take a lot of credit.
JOB NUMBERS INCREASING
Minister Michael Noonan drew attention to another very positive development, the fact that there is now a net increase in jobs in the Irish economy of 3000 per month.
On public spending, Michael Noonan said there will be a ceiling on public expenditure of

Given the ongoing, demand led, upward pressures on spending, referred to by Minister Howlin, these caps will require policy changes in future budgets.
Michael Noonan said Ireland would still have a budget deficit of 4.8% of GDP in 2014, which he intends to reduce to 2.9% of GDP by 2015.
MOST OF THE DEBT CAUSED BY DEFICITS, NOT BANK RECAPITALISATION
As Pat Leahy put it in the Sunday Business Post, the Irish state is spending 13 billion euros more than it raises in taxes this year, and its debt is scheduled to reach 205 billion next year. He says that only 60 of the 205 billion is due to  bank recapitalisation, the rest is due to  simply spending more than revenue on an ongoing basis.
This is a fact that those who say they are against “austerity” fail to deal with. What would they/we use for money if they/we spent more? Who would provide it, and on what terms?
FISCAL COMPACT WILL STILL APPLY AFTER BAILOUT EXIT
The Department of Finance’s own figures see the debt reaching 211.6 billion euros by 2018, when the Fiscal Compact will come into force.
From 2018 on, we will be obliged to move towards a structural deficit of no more than 0.5% of GDP (as against out structural deficit of 5% in 2013).
My own sense is that the burden of interest on our over 200 billion euro debt is going to get higher, rather than lower. Global interest rates will eventually rise. So we need to reduce the debt, and remove factors that push spending upwards.
Against that background, it might have been better to use the 200 million euro proceeds of the sale of the National Lottery to reduce the national debt.
Free GP care is to be made available for all children under the age of 5. This will benefit only the 60% of families, whose incomes are above the medical card income limit. The under 5 year old children of medical card holders get free GP care already.
This is a step towards free GP care for everybody, which again would only give something new to those whose incomes are above medical card limits. Unless free GP care proves to have no net cost because it saves on hospital treatment, it will add a new, long term, challenge to the many unfunded, and demand led, spending challenges Irish Governments already will have to meet, based on the combination of demographic trends with existing policies on health, pensions etc.,( along the lines mentioned by Brendan Howlin in his speech).
As noted in an earlier post on this site, these 2014 draft budget proposals will be subject to peer review by the other Governments of the EU, before their final adoption at the end of the year. So also will be the budget proposals of every other EU government…..large or small, and whether in a bail out or not.
Print Entry

EU CAN HELP, BUT STATES MUST TAKE PRIMARY RESPONSIBILITY FOR THEIR OWN REFORMS