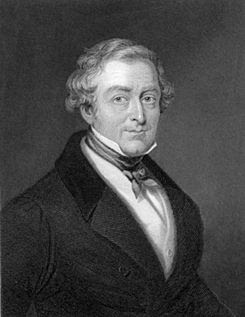 He was elected to Parliament at the age of 21, for a constituency in which only 24 people had  a vote. The constituency was Cashel, in Co Tipperary, and the year was 1809.
He went on to become Prime Minister of the United Kingdom, to form the first professional police  force in the world to reintroduce income  tax at seven pence in the pound, and to split his own party and  end his own career by enacting a law to reduce the  duty on corn imports.
These are the highlights of the career of Sir Robert Peel, who is the subject of an excellent biography  by Douglas Hurd, which I enjoyed reading in the past month.
As a former Conservative politician himself, Douglas Hurd a natural sympathy with Peel. He also is able to draw apt comparisons of events in Peel’s career, with things that happen in modern politics.
Peel at first opposed Catholic Emancipation (which allowed Catholics to sit in the House of Commons), but eventually came around to supporting it.
He also at first opposed Parliamentary Reform. Reform was necessary because, when Peel first came into Parliament in 1809, big cities like Birmingham and Manchester had no MPs at all, while Old Sarum, a place with no electors, had an MP to represent it.
When he established the Metropolitan police, he decided that there would be no “officer corps”, with separate entry requirements, like there was, and is, in the army and the Navy.
In this respect, his decision endures to this day in both Ireland and Britain, where promotion to top ranks in the police is open to all entry level recruits, in ways that it is not in the military in either country.
The repeal of the Corn Laws in 1846 was the big event of Peel’s career. His party represented farming interests and most of his supporters wanted to keep a high duty on foreign corn so as to keep the price high for their own produce. Peel felt that this led to unacceptably high food prices in the towns, and in Ireland, where the potato blight was beginning to take its toll.
Peel could only get his bill to repeal the Corn Laws through Parliament with the help of Opposition MPs and the votes of a minority of his own party MPs.   The majority of his own party turned against him. While the Bill to repeal the protectionist Corn Laws was passed, its passage ended Robert Peel’s political career.
Douglas Hurd portrays Peel as an unemotional and aloof politician, who made his decisions on the basis of careful and open minded study of facts and figures, rather than on political instinct.
The author, Douglas Hurd was Secretary of State for Northern Ireland, Foreign Secretary, and Home Secretary. He contested his party’s leadership in 1990, but lost to John Major.  His parliamentary seat, Witney, is now represented by David Cameron.
His book on Robert Peel is published by Phoenix.
Print Entry