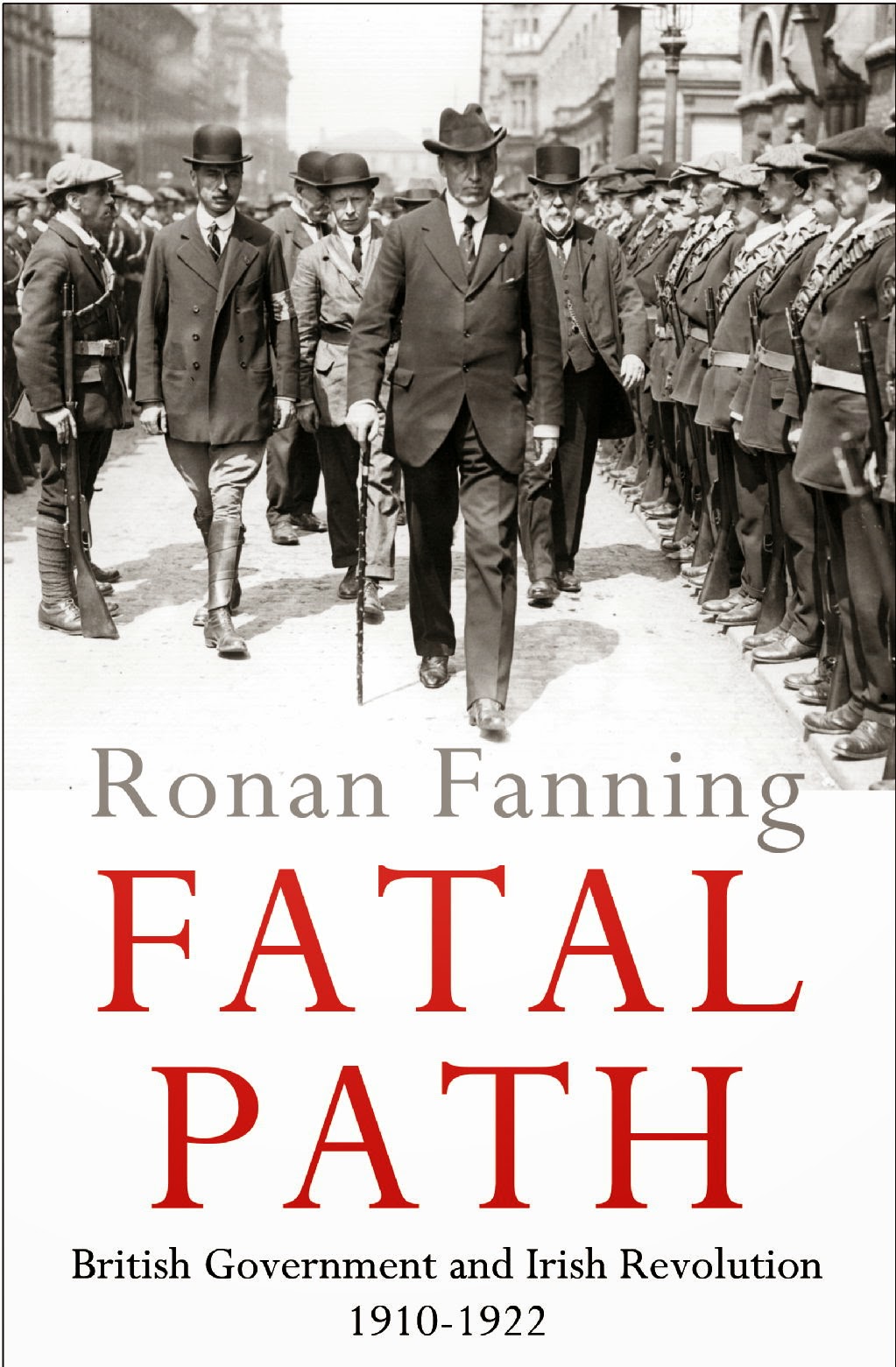 I greatly enjoyed reading  “Fatal Path….the British Government and Irish Revolution 1910 to 1922” by Ronan Fanning, formerly Professor of History in University College, Dublin.
He demonstrates the huge difficulties that had to be overcome in winning Home Rule for Ireland in September 1914.
There was deep seated anti Catholic prejudice to be overcome in both the Conservative and Liberal Parties. There was an underlying assumption in some quarters that the Catholic Irish could not be trusted to govern themselves, or to respect the property  rights of the Protestant minority in Southern Ireland. This prejudice had strong support in the upper reaches of the British Army.
Also ranged against Home Rule were the Ulster Unionists who had armed themselves in the Ulster Volunteer Force, with little or no interference from the Government. Their goal was to prevent Ulster counties coming under a Home Rule Parliament in Dublin, but they were used to resist Home Rule more generally.
A third obstacle was the House of Lords, which had a veto on all legislation, and  where there was an over whelming majority against Home Rule. This could not be overcome unless either
Without the threat of force, but relying on skilful and determined parliamentary tactics, the Irish Party, between 1910 and 1914, succeeded in having Home Rule passed and the House of Lords veto removed.
The centenary of this achievement is next month, 18 September. It deserves to be commemorated with more attention than the commemoration of the 1916 Rebellion.
Print Entry