Religion and the Economy 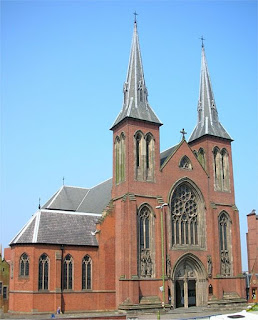 I went to Birmingham last week to speak at a meeting of the European Laity Forum. This organisation brings together representatives, from all over Europe, of lay Catholic organisations. Such organisations do a lot of important charitable work. One such organisation is the Society of St Vincent de Paul. With the decline in vocations to the priesthood, lay organisations will find themselves taking on a bigger day to day role in the running of the church.

I spoke about the relevance of religious thought in general, and of Pope Benedict’s recent encyclical in particular, to the dilemmas of modern politics, economics and daily life. He emphasised the importance of trust to a workable market economy, and the fact that trust derives from a shared belief in common ethical standards. Government rules and sanctions can only go so far. If people do not have a basis for trusting one another, the market will collapse.

The current economic crisis can be seen as a function of a breakdown of trust. The whole notion of credit, so vital to the economy, rests on trust. In fact that is what the word “credit” means. I believe that people are more likely to trust one another if they feel they share a common ethical belief system with one another. For many people that sense of having a shared ethic is reinforced by having a shared religious belief. Remove religious belief and it becomes more difficult society to have mutual trust. A society based exclusively on scepticism would not be able to support a market economy.

I made my speech in the beautiful St Chad’s Cathedral, which was designed by the architect Augustus Pugin, who also designed the Palace of Westminster, Maynooth College, St Michaels Church in Ballinasloe, and St Marys Cathedral in Killarney.

I was delighted to meet many Irish people now living in Birmingham, including the Administrator of the Cathedral, Canon Patrick Browne from Ferbane in Co Offaly