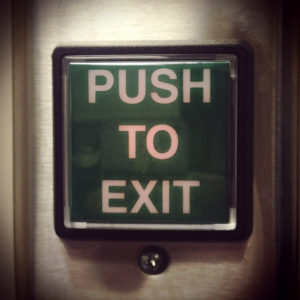 Disengaging the UK from the EU will be like undoing all the stitching of a patchwork quilt, and then re stitching some parts of the quilt together, while making a new quilt of the rest. The UK is, at the moment, stitched into thousands of regulations and international treaties, which it made as a member of the EU over the last 43 years. Each piece of stitching will have to be reviewed both on its own merits and  for  the effect rearranging it might have on other parts of the quilt.

This is, first and foremost, a problem for the UK itself.

UK GOALS YET TO BE DETERMINED

Many voted  to leave because they wanted more protection from global competition. On the other hand, many of the Leave campaign leaders wanted to get out of the EU, so they could deregulate their economy, dispense with EU social rights, and promote more global competition and lower costs ( wages) in the UK economy.

The UK government must first decide which of these economic policies it wants and, only when it has done that, can it decide what sort of relationship it wants with the EU.

MUST THE UK BE OUT OF THE EU BEFORE IT MAKES A DEAL?

The 27 EU heads of government, on 29 June, told the UK that any trade agreement with it will be concluded with it “as a third country”.

If that is what the 27 leaders meant , it is  probably contrary to Article 50 of the Lisbon Treaty, which says a Withdrawal Treaty must take account of the “ framework” of the withdrawing country’s  ”future relationship” with the EU.

……..OR MUST THERE BE TWO SIMULTANEOUS NEGOTIATIONS?

I believe Article 50 means that there will be two negotiations,

one on “Withdrawal” and

one on the” Framework” of the future relationship.

I believe the two treaties must be negotiated, simultaneously and in parallel, and that the Framework  agreement cannot wait until the UK is already a “third country”, as  seemed to be implied by the 27 leaders on 29 June .

Ireland cannot afford to wait ,until the UK is already a “third country”, before border, travel, and residency issues between Ireland and UK are sorted out. We need these issues sorted out before the UK leaves.

As with a divorce, the Withdrawal Treaty will be about dividing up the property. It may be easy enough to negotiate.

The Framework Treaty will be about the future, and like marital disputes about access to and care for children, will prove to be much more fraught and complex.

The question of whether there is  a “hard border” or not,  will flow from  what the UK  looks for, and what it  gets, in its Framework negotiations.

Nobody knows yet what the UK will look for, so this question is impossible to answer. The 27 EU leaders rightly insisted that the four freedoms – freedom of movement of people, goods, capital  and services- go together. Nobody has any idea yet how the UK will propose to get around that.

If the UK were to heed the call of Liam Fox MP, the UK’s new Minister for International Trade, that the UK   leave the EU Customs Union, so it could negotiate trade agreements with countries outside the EU, this would mean an immediate  hard border in Ireland. The Taoiseach’s diplomacy in recent days has probably helped head that threat off. Implementing Minister Fox’s proposal would have breached a UK Treaty obligation, a very serious matter for a country that relies on 30000 international Treaties.

The sort of border we have in Ireland will depend on the shape of the final UK/EU Framework agreement on all the four freedoms. Ireland can do no side deal with the UK.

And if Ireland is to influence the EU positions in its favour, it has to present its case as  beneficial to Europe as a whole. It cannot be, or be seen to be, on both sides of the table at the same time, in what will prove to be a highly contentious negotiation.

Until it leaves, the UK is still a member of the EU, and is bound by all EU rules. It will fully participate in all key EU decisions, except those concerning  it’s own exit terms.

This means that the UK cannot do trade deals with other countries, while still in the EU.

Indeed it would appear it cannot even enter into commitments about future deals, particularly ones that might undercut EU negotiating positions.

This is because, as long as it is still an EU member, the UK must, under Article 4 of the Treaty, act in “sincere cooperation” with its EU partners. The meaning of “sincere cooperation” was elaborated by the European Court  in judgements it made on  cases the Commission took against Germany and Greece  ,to overturn separate understandings each had forged  with other countries, on matters that were EU responsibilities without EU involvement .

So, to ensure that he stays within the law, Liam Fox may have to take a Commission official with him on all his trade travels around the globe, at least until the UK has finally left the EU!

THE UK SHOULD NOT BE RUSHED INTO TRIGGERING ARTICLE 50

Indeed the more closely the UK government looks at its options, the longer it may take to decide when to trigger Article 50.

The leaders of the EU 27 should not rush the UK on this.  Short term uncertainty is a very small price to pay for avoiding a botched and ill prepared exit negotiation.  Everyone would lose from that.

The UK civil service did not, after all, expect to find itself in this position. Indeed UK civil service studies, done long before the Referendum, concluded that the UK’s then existing relationship with the EU was just about right. Furthermore, once Article 50 is triggered, the UK cannot, easily or legally, change its mind and revert to the status quo, EVEN after a General Election.

A MAJOR DISTRACTION FROM OTHER  VITAL WORK

Meanwhile, Europe, with so much other work to do, has to turn inwards and devote itself to unravelling 43 years of interweaving between Britain and Europe. All this highly demanding technical work has to be done, at a time when Europe should be looking outwards towards the opportunities and threats of a rapidly changing and unstable world.