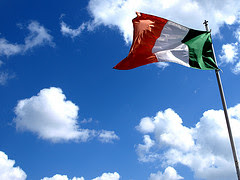 There is a lot of discussion in Ireland at the moment about  what is loosely described as political reform. The assumption seems to be that the financial and banking problems the country faces are  due in part to a  failure of the” system “. The implication of this is that if the “system” were different,  different, or more timely,  decisions  might have been taken.
Reform should never be an end in itself. Bad reforms can make a bad situation worse.  Changes have costs as well as benefits. So it is important to define what one hopes to achieve by particular reform. One should define very clearly in advance the output one is looking for, not just the input.
Is the output hoped  from the reform simply to be  saving money?
Or is it more informed and careful decision making? Or, on the other hand, quicker decisions?
Is it having a different type of person in politics? If so, what kind of person?
Or is it tilting the power balance more in favour of elected (and therefore accountable) public servants , as against public servants who have not  had to stand for election?   Or is it to continue the trend of the last 50 years which has  moved power away from elected Ministers to  “expert” or “independent “ entities”?
Is it to give more power to the opposition and backbenchers relative to Government, or the reverse?
All changes have costs, as well as benefits. A reform should only be made if the benefits are greater than the costs.
More accountable or more informed decisions may also be slower decisions.  Safeguards do not always come for free.
Time spent giving an account of past failures, or answering parliamentary  questions or freedom of information  request ,is time that is not available for some other kind of work.  If every TD can ask lots of parliamentary questions, the quality of answers may suffer. It is often the boring questions that are the most important, but the media will not report them, and TDs need coverage in the media to convince their voters that they are working
All public servants, elected or not, are human. Requiring decision makers to account on a daily basis for what they are doing may make them more susceptible to short term pressures, and less careful about long term, or wider, interests.
Giving more power to experts will mean less input from the general public.
Having fewer politicians will save money, but it will mean less public access to politicians.  Paying politicians less may mean having more part time politicians, as we had up to the 1960’s.
The big policy failure in Ireland took place between  2001 and 2007, when Irish banks were  allowed to borrow huge sums from abroad, which they lent on to people buying , selling or developing  buildings of all kinds here and abroad.  Would those mistakes have been avoided if we had a different political system?
I am not certain of this. There were warnings, as early as 2003, from the IMF about house prices in Ireland, but these were not pressed. Even the OECD said, as late as 2007,  believed the banks  problems were manageable.  Some who knew enough to be really worried may have kept quiet because they did not want to be personally accused of causing a collapse by spreading panic.  Some warned of problems in 2006, but by then it was really too late anyway.
We need are people who are willing to be unpopular, who are willing to say things that  the general public and the media  really do not want to hear, and which may damage the interests of  powerful people.
We need an ability not just to question decisions, but to question and examine all the assumptions on which decisions are made.
It was the unexamined assumption that excessively high house prices in Ireland would unwind gradually, and that there would be a soft landing, that was the central cause of Irelands financial  downfall. Why was that comfortable assumption not challenged in 2002, 2003, and 2004?
Why was the Central Bank not challenged for being insufficiently conservative in those years?  Given that such a challenge would have been very unpopular at the time with house purchasers , builders, and media advertisers, what mechanism do  we now need to introduce into our political system to ensure that, in future, such a challenge will not only be made, and, more importantly,  will be heard?
A meaningful political reform must one in which the underlying  (often over optimistic ) assumptions of policy decisions  are made explicit , and then are rigorously questioned
It must provide time in the Dail and Senate, and space in the media, for such questioning, especially where such questioning runs counter to the prevailing consensus.
Print Entry