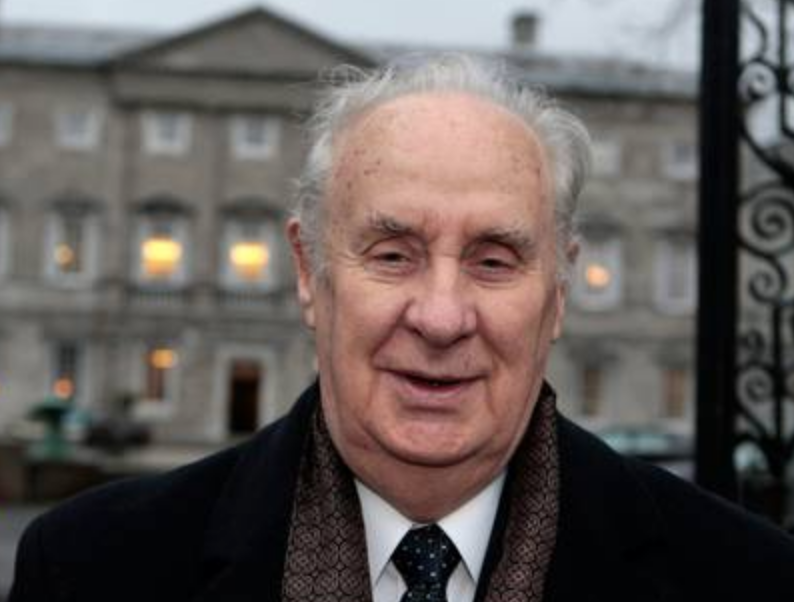 I wish to pay tribute to the life and political career of Paddy Harte.

Paddy was first elected to the Dail in 1961 and quickly earned a reputation as an original, independent minded, individual who thought for himself about the political questions of the day.

He was supportive of the late Declan Costello in promoting the ideas in the 1965 “Just Society” document, notably on social capital investment.

He was a resolute opponent of republican political violence. Working with Glenn Barr, he sought reconciliation between Nationalists and Unionists on the island, notably through the joint commemoration of the sacrifices both communities made during the First World War. This was often a lonely path for him to follow, and he showed great physical and moral courage.