OPTIMISM AT LAST ABOUT JOB CREATION BY IRISH BUSINESSES. 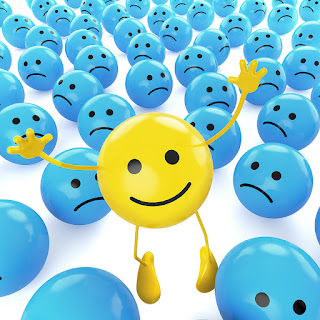 8 out of 10 businesses in Ireland are now optimistic about their  growth prospects in the next two years .
Two thirds expect to expand  in Ireland in the coming years and  half intend  expanding abroad.
A majority intend hiring new staff in the next 2 years, with a strong emphasis on IT and digital skills. Already we hear of vacancies for staff with IT skills notwithstanding the high level of unemployment.
Irish owned businesses are more optimistic than foreign owned ones
The survey showed that 6 out of 10 of the companies enable their staff to work from home during part of the working week. 77% of businesses supply laptops for work outside the office, and 79% supply smart phones for the same purpose.
Those businesses, which allow some working from home, tend to be more optimistic about their future, and more likely to be contemplating hiring more staff, than ones who do not provide for work from home at all.
The survey was carried out by Amarach consulting for UPC in August 2012. It involved interviews with 200 decision makers in businesses, large and small, native and foreign owned.
BUT IRELAND HAS GROUND TO MAKE UP USING THE INTERNET TO SELL GOODS AND SERVICES ABROAD
To my surprise, the survey suggests that only 53% have a business website . This may explain why Irish based businesses sell much less abroad over the internet, than Irish consumers buy over the internet from foreign websites.
Historically, Ireland, despite its high tech record in other fields, is coming from behind in terms of development of an economy based of use of the internet.
The Boston Consulting Group measured what it called “e intensity” by comparison with GDP per head in 2010 in a number of economies.  “E intensity” measured the reach of the internet infrastructure, amounts spent via internet and the degree to which business , consumers and government are involved with the internet.
With a a higher GDP per head in 2010, Ireland 50% less” e intensity” than the UK, and almost 100 less than Korea, which had then a GDP per head that was half Irelands.
Ireland lagged behind Denmark, Sweden ,Netherlands and Finland ,all of which had roughly the same level of GDP per head as Ireland in 2010
Ireland was at the same level of “e intensity” as Spain and Slovenia, which had considerably lower GDP per head in 2010.
Having said this, one should add that GDP is not a good measure of Irish spending capacity, and the figures date back to 2010,since when a number of things have changed.
There is a huge global market for all thing Irish, and a lot of effort goes into promoting the image of the country. This makes it really surprising that the Amarach survey showed that only 53% of the businesses they surveyed had a website from which they could sell their goods and services to a  global market.
Sending sales people abroad to drum up custom is expensive. Setting up a website is not !
Irish Americans and other members of the diaspora should be a priority  target market for the sale of Irish goods and services.
Print Entry