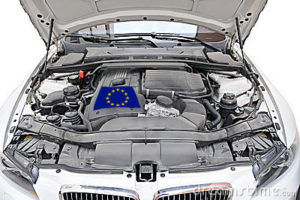 This long article by Andrew Duff, a former MEP, draws on the recent House of Lords reports on the subject, to illustrate how complicated the Brexit negotiations must inevitably become.

After 40 years of interdependence and common rule making, the UK is now setting out to reconstruct the entire apparatus of a separate nation state, with separate rules, and separate rule making and  adjudication systems. This is how Theresa May has chosen to interpret the referendum result, by ruling out any jurisdiction of the ECJ.

A nation state apparatus, that would have sufficed in the 1960’s, will not suffice for the 2020’s, because the world is much more interdependent, more interconnected, and faster moving, now than it was then.

The exercise the UK is undertaking will involve establishing a new bureaucracy, to deal separately with all the regulatory questions that previously were delegated by it for collective decision within the EU. The EU superstructure will have to be replicated in London, at some cost.

There will thus be duplication at firm level, as well as at government level.

The only way to minimise this would be to go for a “soft Brexit”, whereby the UK would adopt EU rules, but without having a vote on those rules.

It would represent a substantial diminution of UK “sovereignty” relative to the “sovereignty” the UK now has as a full EU member. This would soon become politically unacceptable to the British people.

One can easily imagine the anger of the “Daily Mail” about the UK having to enact, and enforce, EU standards, on which the UK had had no vote!  But that is what a soft Brexit would entail.

For these reasons, a “soft Brexit” will only be a temporary arrangement, and one should  not invest all ones hopes in it.

I am coming to the view, reluctantly, that the only viable long term options are either

The latter seems very unlikely indeed at the moment, because UK voters will not want to admit they made a mistake. They have no sentimental attachment to Europe anyway and sentiment seems to trump economics in voter’s minds nowadays.

But that could change gradually.

British people are, many for the first time, now learning about what the EU really is.

At the best of times, British people were never very curious about the EU or how it worked. Now they are required to find out, as part of the exit negotiation. It will be something of a revelation!

For 40 years, UK voters have been passengers in the EU car. Now, having decided to get out of the car, they are taking a first look under the bonnet.

The UK will have to build its own engine from scratch now, and decide in which direction it wants the new car to travel. There was no consensus at all on the latter point on the “Leave” side in the referendum. Some want a more globalised Britain, the majority wants the exact opposite.

Ireland will be a spectator in this process.

The physical isolation of Ireland from the rest of the EU, in the event of a hard Brexit, is a problem that will need much thought at EU level, in the interests of European solidarity.

Experts in logistics, transport and communications need to be brought together at EU level, to examine how the costs of this physical isolation of Ireland can be minimised.

Commisioner Verstager, who is responsible for EU competition policy, should look at what needs to be done to ensure that states that are physically isolated from the core of the EU, like Greece, Malta, Cyprus and Ireland,  can always participate on an equal basis in the internal market.