LYNDON JOHNSON, THE PASSAGE TO POWER………………. A RARE INSIGHT INTO THE PSYCHOLOGY OF A MAJOR POLITICIAN

In “The Passage of Power”, Lyndon Johnson, Robert Caro 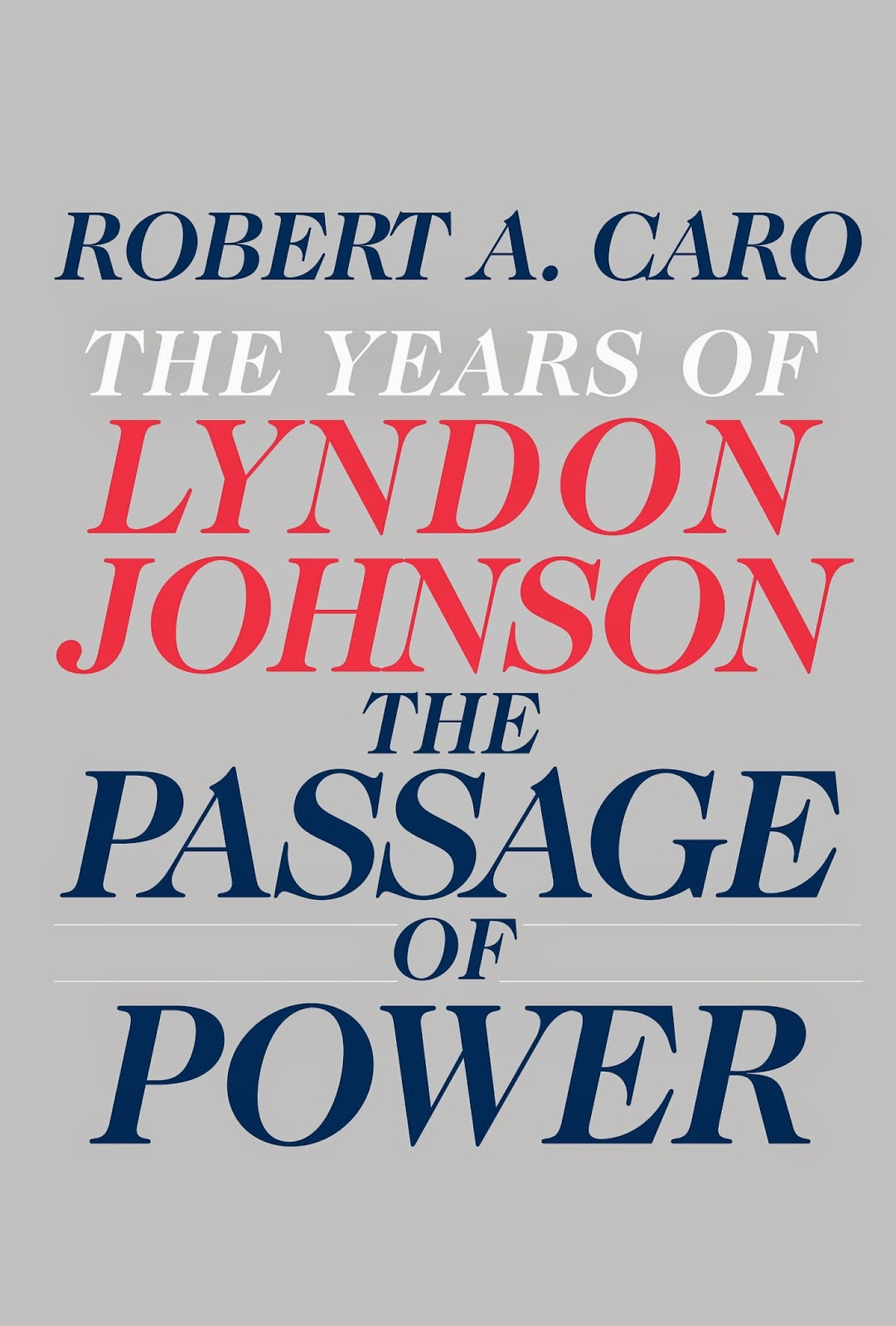 I read “The Passage of Power” by Robert Caro, volume four in an eventual five volume life of Lyndon Johnson by Robert Caro, over Easter. I had read two of the three previous volumes , and this is the best so far.
It covers the period from 1960 to early 1964.
Senator Johnson’s entry to the contest against JFK  for the 1960 Democratic nomination was left too late, and he relied too heavily on influential friends in Congress, whereas Senator Kennedy had already locked up delegates,  one by one, in a professional way and by taking part in the primaries which Johnson avoided because he was too busy as Leader of the Senate..
Surprisingly, Johnson accepted the vice Presidential nomination from Kennedy, and thereby helped Kennedy win a few vital southern states. Without Johnson on the ticket, Nixon would  probably have won Texas, Louisiana and South Carolina, and thereby the Presidency .
As vice President, Johnson had no power, and adopted a policy of staying silent at the relatively few meetings to which he was actually invited by the President. In this way, he gave the President apparent loyalty, but not much real help.
In particular, he was little help to Kennedy, when he could have made a difference, in calming the hawks in Congress, who wanted an invasion of Cuba during the missile crisis.
But when Kennedy was assassinated in November 1963, Johnson showed uncharacteristic tact and judgement in the way he took over, calmed the frantic public mood, and worked behind the scenes to maintain the continuity of his predecessor’s team, and policy programme.
He was able to use the aftermath of Kennedy’s death, and his own incomparable legislative skills, to ensure passage of Civil Rights, as well as tax and expenditure cuts, with a speed that Kennedy could never have matched.
Johnson’s big challenge was getting this legislation, hitherto bottled up in committee by southern Democrat Senators, who totally opposed the very idea of Civil Rights, voted upon. He succeeded in this where Kennedy had failed. When the Civil Rights Bill was finally voted through in the Senate, it had more Republican Senators voting for it than Democrats.
His relationship with John Kennedy has been  good enough, if wary and distant.
But Robert Kennedy and Lyndon Johnson hated one another. This went back to amusing stories Johnson had told about how Roosevelt had fooled, and then dismissed Robert’s father, Joe Kennedy, as Ambassador to London, during World War Two.  Joe Kennedy was an appeaser and was about to back Roosevelt’s opponent in the Presidential Election of 1940, so Roosevelt had to get rid of him, but Johnson took undue pleasure in it.
While John Kennedy could forget this sort of thing, Robert could not.
The book gives an excellent insight into the way a minority in the US Congress can block Presidential business. Stalling legislation in the Rules committee, excessively prolonged hearings, and filibusters were all used by opponents of Johnson’s Civil Rights legislation. Johnson used patronage, emotional blackmail, and threats to overcome these tactics.
He did so because he was deeply committed to racial equality, something his liberal critics could never bring themselves fully to believe.
His own troubled childhood, during which his father lost a lot of money and respect, hardened Johnson for political battles, but also gave him a degree of sympathy for the dispossessed,  that was rare among his colleagues.
Print Entry