IS THERE SUCH A THING AS EUROPEAN CIVILISATION? ARE THERE EUROPEAN VALUES? WHAT UNITES US AS EU CITIZENS? 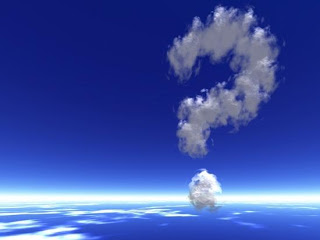 These are really important questions that are seldom discussed. But if Europeans do not have a well understood consensus about them, we will find it increasingly difficult to build the sort of integrated economic unity, that is required by our present difficult economic situation. This is because values, and economics, cannot be separated.
A recently published European Values Survey ,conducted in all European  countries, shows that Europeans have widely divergent views about what constitutes a good life, about mutual obligations, and about individualism and community. When approaching common EU questions, each nation will tend to assume its approach is best, or indeed the only valid,one and may be quite uninformed about what others think and why. That is not a recipe for harmony and unity. And there is no common conversation in Europe about the things that are important.
The concept of EU citizenship goes back to the Maastricht Treaty. (Article 17 of current EU Treaties)
A promise of common citizenship implies a shared set of values, that encompasses shared rights, and, of necessity, and as the Treaties say, shared obligations.
A right without an obligation is a logical impossibility. If someone has a right, some other person, or group, has to be on hand and willing, to ensure that it is vindicated.
The concept of European civilisation goes back even further.
Europeans once felt comfortable invading other parts of the world, because they felt they had something special, a special set of values, or some special knowledge, that they could bring to those parts of the world, that would not enter there, without some form of compulsion, and that the benefits would exceed the costs of the compulsion.
Of course, there were selfish reasons too, but Europeans were able to live with their consciences because they felt they were, ultimately, doing good.
The construction of the European Union, going right back to the 1950’s, proceeds from the assumption that Europeans share a set of values, that justify a pooling of sovereignty that would enable them to defend those values .
It also presumes the existence of some form of shared European civilisation that distinguishes Europeans from Asians, North Americans, Africans, and South Americans.
Some might sum up these ”European Values” up as simply, democracy and the rule of law.
But these concepts will only work if there is a minimal shared understanding, across Europe, of what they mean in practice. That is not something that can be delegated to lawyers in the European Court of Human Rights. Lawyers can only do their job well, and without hubris, if there is a minimum consensus on basic questions like these.
What should law say?
How far should majority views, in a democracy, intrude on private lives?
Should people be treated exclusively as individuals, or do families have rights and obligations?
When does a life become human, and when should it begin to enjoy human rights?
Democracy cannot easily survive if people views, of what should be done collectively are totally divergent, and  if there is no underlying consensus. Democracy was brought down in the 1930’s in most of Europe because that necessary consensus had ended. That could happen again.
The Rule of Law will not survive, and laws will not be enforceable in practice, unless there is some shared sense, across Europe, of what the law should say, and of how far law should go in regulating our behaviour. Law needs some shared view of what is private, and what is public, and how far it should go in regulating the former.
Elites cannot go too far beyond the consensus in society when imposing, through the courts in Europe or nationally, their views of what the law should say.
This is especially so in a Europe of 500 million people, where so many different views are liable to exist.
If we are to proceed to create a society in the European Union, based on shared, and, to some degree, mutually enforced , values , we need to establish if such shared European values really exist.
And we need some mechanism for discussing these values with one another, across Europe, in a mutually respectful way.
It cannot just be a question of those countries or groups, who deem themselves to be the most “advanced”, “enlightened”, or “progressive” in their values, using their skill  in the legal system, and their access to Judges, to enforce their values, through European law, on those deemed by them  less progressive, enlightened, or advanced. That will not work, and will eventually provoke a reaction, and not necessarily one that will be welcome.
“Le Monde”, the French newspaper , on  19 June  reported on a recently published  European Values Study which showed dramatic differences  between Europeans in what they believe should be  the role of society, and of the individual. The Study chose 19 indicators to measure how “individualised “ were the values of Europeans in all 47 European countries.
Among the indices of individualisation were the following
The survey ranks countries by the proportion of their population that was “individualised”, according to these measures, in 2008.
The most “individualised” country in Europe is Sweden, where 84% of the population had this set of beliefs.
In contrast with Sweden’s 84% preference for individualism, support for that view is only at

Just across the Baltic Sea from Sweden, in Estonia, only 24% had the same opinion as the Swedes. Even closer to Sweden, only 20% were of that opinion in Poland, which means that 80% of Poles did NOT agree with the Swedish view!
After Sweden, the next most “individualised” country was Iceland ( 83%), followed by Denmark 78%, Finland (69%), Netherlands(68%) and France (67%).
There were many contrasts, even between close neighbours.
Britain was at 54% on the individualised belief scale, whereas Ireland was only at 34%, implying that almost 2/3rd of Irish people did not have an individualistic view in 2008.
Spain was at 61%, whereas Italy was only at 24%, a truly remarkable difference between two counties, often put in the same box!
The Czech Republic was 52% “individualised” while Slovakia was only 36% .
Germany is only at 52%, while its neighbours Denmark and Netherlands, as mentioned already, were at 78%, and 68% so, respectively.
Newer members of the European Union simply do not share the highly individualistic preferences of  some of the older EU states.
It is important that European institutions, including the ECHR as well as the EU, take note of what Europeans actually believe, as distinct from what the people administering these institutions personally believe themselves, or decide Europeans believe  ,having looked into their own hearts.
Malta is as much part of Europe as Sweden!
Italy is as European as France!
European Courts can only be used to impose “European norms” when we have first debated, in a genuinely European electoral process, what those norms are and should be in future. We do not have such a process at the moment. Judges and regulators need democratic guidance, and we need a Europe wide venue for this.
Print Entry