IS IRELAND A TAX HAVEN? 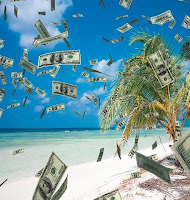 In  hearings in the United States Senate recently, on the tax paid in the United States by the Apple Corporation, Ireland was described by one Senator as being a “tax haven”.
This is wrong.
The Irish Minister for Finance , Michael Noonan, has said that The OECD and the international community do not regard Ireland as a tax haven.
The OECD, a body of which both Ireland and the United states are members, is currently working to curb tax avoidance, including by international corporations.
The OECD identifies four key indicators of a tax haven:
None of these criteria apply to Ireland, .
The United States is a member of the OECD. Indeed it founded it.  This OECD definition is the authoritative definition and, unless or until it is altered by collective agreement it should be respected by United States Senators.
Ireland has a comprehensive taxation system covering income, capital and indirect taxes and has Double Taxation Relief Agreements with 68 other countries.
The January 2011 Global Forum Peer Review Report on Ireland’s legal and regulatory framework for transparency and exchange of information found that Ireland has an effective system for the exchange of information in tax matters and is fully compliant with OECD standards.  The Irish 12.5% corporate tax rate is a general rate for trading income that requires the trade to have real substance and activity. The Irish corporate tax code does not distinguish between small and large enterprises, or between enterprises that service the local economy, and those that have a multinational focus.
UNUSUAL FEATURES OF THE US TAX CODE
Part of the problem, which has given rise to the controversy in the US Senate, is the unusual US policy assumption that tax must be paid by a United States corporation, even when the economic activity that generated those profits took place outside the United States.
What would happen if every country applied such a policy?
It is extraterritorial legislation of an unacceptable kind.
The fact that the United States levies a 35% tax rate, if profits generated outside the United States, are eventually brought back into the United States, creates an artificial incentive  to companies to keep their overseas profits overseas.
That is a problem of the United States tax code, not the Irish tax code.
Another problem is the complexity of the US tax code. The US ranks 69th in the world ranking in the matter of ease of paying taxes. Ireland is near the top of that ranking.
Americans spent $168 billion last year complying with the 74000 page, 4 million word, US tax code. Apparently the US tax code is many times longer than the French or German tax code.
Apple’s effective tax rates are small because the trade charges on its intellectual property is large, and that reduces its liability. Royalties on intellectual property are a legitimate business expense.
BUT WE DO NEED TO IMPROVE TAX COLLECTION
There is a need to improve the capacity of states to collect tax on corporate income.
In a world where capital is mobile, and people are not, there are opportunities for tax avoidance that reduces revenue.
That ,in turn, reduces the ability of states to maintain the social peace and freedom, from which corporations themselves benefit so much. International corporations should cooperate with this work, in their own interests.
I hope the OECD work on all this yields fruit.
Print Entry