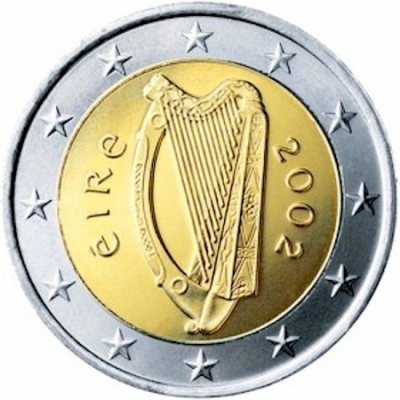 The terms of reference of the proposed Oireachtas Enquiry into Ireland’s banking crisis have not been fixed yet.

So it is timely to debate what they should be.

The Taoiseach Enda Kenny said on 14 May

“It will be for the new Oireachtas committee, once established, to submit proposals to hold an inquiry, including draft terms of reference for the Committee on Procedures and Privileges to consider and recommend for approval by the Houses of the Oireachtas. To be effective, the inquiry should have very clear terms of reference.”

WHAT WE KNOW ALREADY

In the same debate, the Tanaiste, Eamon Gilmore said
“We all know at this point that the crisis had its origins in an unsustainable property bubble that was fuelled by inappropriate tax incentives. There were several moments when this could have been reined in but it was not. We also know the property bubble was pumped up and driven by bad lending decisions in banks. In effect, what came into being was a toxic triangle between politics, property development and banking. We need to know why this developed as it did and why it was not stopped.”

WHY DID A CRISIS BECOME A DISASTER?

HOW CAN WE PREVENT IT HAPPENING AGAIN?

But it is even more important to find out how the crisis might have been prevented from developing in the first place.

What were the measures that could have been taken to prevent the property bubble?

Would these measures have been politically feasible, at the time, and if not, why not?

TWO SIGNS THAT WERE IGNORED…..THE RATE OF HOUSE PRICE INCREASE AND THE BALANCE OF PAYMENTS

I believe that two obvious sign that a crisis was leading to a disaster were studiously ignored.
One was the fact that house prices were rising far faster than either the rate of increase in incomes or the rate of inflation in other prices, and meanwhile people were getting 100% mortgages. And once that process ended, and house prices were only rising at a rate below that of incomes, borrowers, who had been given 100% mortgages, were immediately heading towards negative equity. That made a “soft landing” inherently unlikely. Why did no one see that?
The other was the huge deficit that developed on the Irish balance of payments. The country was spending more abroad than it was earning abroad. That could only be reversed by (an inherently unlikely) dramatic increase in exports, or by a cut back in imports. The latter could only be engineered by a recession of some kind. It was plain to see that such a recession would render the 100% mortgages unsustainable. Why did no one do the basic arithmetic to work that out.
Both dilemmas were plain to see. But no one saw them. Why?

NYBERG’S VIEW OF THE OIREACHTAS ENQUIRY

Professor Nyberg, former Director General of the Finnish Department of Finance who carried out an Enquiry already into this subject for the Government, has expressed scepticism as to whether this further Oireachtas enquiry will discover anything new, that was not included in his own report or the report by Patrick Honohan.

The Nyberg report runs to 172 pages and is available at the website bankinginquiry.gov.ie
Nyberg believes Ireland and the rest of Europe haven’t learned from the lessons of the past.
He says
“What is being done on the supervisory and regulatory fronts in Europe partly assume that the authorities will always be there preventing or handling a crisis, and we did see, not many years ago, that this is not true.
“So the question is: why will it be true next time? But that question is not being asked anywhere yet” he says.

The potential value of the Oireachtas Enquiry is that it is being carried out by politicians, not by technical experts.

Politicians can ask themselves the hard political questions, like

2.) Would it have been politically feasible in the 2002 to 2006 period to close the balance of payment deficit by fiscal policy, in other words, by running large budget surpluses and thereby deliberately taking money out of the economy? To what degree would the balance of payment have to be out of line, for such  corrective measures to be taken and how might they be explained politically?

3.)  How would the measures that might have been taken to slow down house price increases, or to close the balance of payments deficit, have been received by the electorate? Would they have understood the need for them? If not, how could that be changed?

4.)  If the same conditions were to recur in future, (say in 2030),  and with the benefit of hindsight we now have of the 2002 to 2006 crisis, would it be any easier then to get political support to  take the difficult steps necessary to prevent  the bubble? If not, what changes do we need to make in our political system to ensure that we become less bubble prone?
These are really hard questions that are beyond Nyberg’s competence, but they are not beyond the competence of the elected representatives on the Oireachtas Enquiry.

That is the potential value of the Oireachtas Enquiry.

THE CASE FOR JEAN CLAUDE JUNCKER