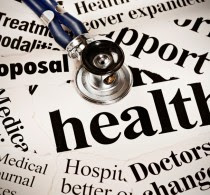 As a proportion of the Irish population of working age, those who have been claiming  benefit because they have been certified as permanently  too sick to work, has doubled since 1986.
The proportion of the workforce in this position remained steady from 1986 to 1996, but shot up from 1996 to 2002, and has continued to rise steadily since then.
From 2006 to 2012, 53,000 extra people left the work and claimed disability due to a physical disability, and 27,000 extra people did so because of a diagnosed emotional or   psychological disability.
These figures were highlighted in a recent article in the “Irish Independent” by the economist David McWilliams, who claimed that this had happened despite the fact that, in general, the population had become younger and healthier since 1986.
It is worrying that, despite the big increase in health spending since 1986, the health service has been failing to keep the working population well enough to continue working.
Why is this? I do not know the answer, but the Departments of Health and Social Protection should find out.
ILLNESS CLAIMS BY THOSE OF WORKING AGE COSTS TAXPAYER  2.6 BILLION EUROS
The total cost of payments of those too sick to work comes to 2.6 billion euros per year, consisting of
+1109 million euros for  Disability Allowance(means tested),  which has 102,000 recipients,
+  854 million euros for Illness Benefit( not means tested but based on social insurance) which has 73,000 recipients and
+ 606 milllion euros for Invalidity  Pension ( payable those  of working age with a sufficient social insurance record who are deemed permanently unable to work), which has 50,000 recipients.
The basic rate of Disability Allowance in Ireland is 188 euros per week, as compared to an equivalent of 150 euros per week in the UK.
Illness benefit is also 188 euros per week, compared to  119 euros per week in the UK.
Some might say that the increase in illness claims of various kinds might be explained by the general reduction in the availability of work in Ireland since 2008, but the big increase in claims of permanent disability highlighted in David McWilliams article actually seems to have been  between  1996 and  2002, when there was no jobs shortage.
Serious questions have to be asked of the medical profession and the health service, both in terms of their effectiveness in keeping people well, and in terms of the care they take in certifying people as unwell.
IMPLICATIONS OF THESE FINDINGS FOR USE MEDICAL CERTIFICATION AS A BASIS FOR ABORTION
Each person who claims disability has to get a certificate from their doctor, who is obliged, by his or her professional ethics, only to write the certificate if the medical condition is genuinely one that would prevent someone from working.
Some are now suggesting that medical certificates about a woman’s mental state should be sufficient to allow the deliberate ending of the life of her unborn child.
The fact that there has been such a big, and unexplained, increase in certification by doctors, since 1996, that  their patients have a  permanent inability to work due to illness,  highlighted in David McWilliams article, should be examined very carefully indeed , before the use of medical certification as a basis for abortion is even contemplated.
Print Entry