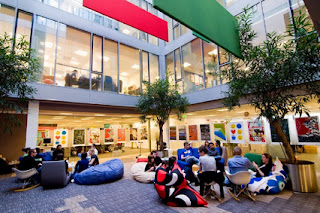 Speech by John Bruton, former Taoiseach and former EU Ambassador to the United States,  at the Google Leaders Forum at the Google Headquarters, Barrow Street , Dublin  at 10am on Thursday 21 July.

THE EURO ZONE CRISIS IS A CRISIS OF EUROPEAN POLITICS
The crisis in the euro zone is, first and foremost, a political crisis. Our institutions may be European, our problems may be European, our future may be European, but our political thinking, and the scope of our vision, is still stubbornly national. This is as true of so called “core”, as well as of so called “peripheral “, countries.
Our politics has not caught up with our economics. Our politics is national, but our economics is European.
As  Lorenzo Bini Smaghi, a member of the Executive Board of the ECB said recently that ,as a result of the euro, for practical purposes,
“we already have a political union”,
among the euro area countries. This is because the  banking and monetary systems of those countries are so inter twined that we all sink or swim together.  The difficulty is that our political thinking, and our political institutions in the EU, have not caught up with this reality.
Let me illustrate what I am talking about. The crisis has two dimensions.

THE BANKING DIMENSION
It is a crisis of banking, and it is a crisis of sovereign debt.
I will refer first to the banking dimension of the crisis.
When the arrangements for the euro were first put in place, in the Maastricht Treaty of 1992, the European central Bank was given responsibility to manage monetary policy.  But it was also given explicit responsibility for the “prudential supervision of credit institutions”. That would have involved in supervising and preventing the reckless lending to, and borrowing by, the Irish banks. The ECB never exercised, and in some respects was not allowed to bring into force, its Treaty based prudential supervision role of the banks. It confined itself to monetary policy.
It was only after the crisis had already taken place, that the European Banking Authority was brought into being , to exercise the very responsibility the ECB had been given back in 1992, but had never exercised.
This omission happened for nationalistic political reasons.
France did not want the ECB, an institution based in Germany, to exercise prudential supervision over French banks. I imagine that France was not alone in this. Central Banks in other euro area countries probably felt they could manage their own banks without  the ECB looking over their should.  We now know how wrong they were. If the ECB had exercised its proper responsibilities for prudential supervision, the present extent   French bank exposure to Greek sovereign debt might not have happened, and everybody, including Greece and France, would be better off. Even today some banks in major European countries are resistant to European stress tests for nationalistic political reasons.

THE SOVEREIGN DEBT DIMENSION
The other dimension of the crisis, the sovereign debt dimension, was also influenced by politics.
The decision taken by the ECOFIN Council, in November 2003, not to act on the  European Commission’s recommendation regarding excessive deficit procedures against France and Germany was also a political decision, not an economic one.  It was supported by Ireland at the time, perhaps because Ireland itself had earlier rejected a Commission recommendation to cool down its economy.
The Commission’s decision to accept the setting aside of its recommendation on the excessive deficit procedure against France and Germany was a display of political weakness on its part.  This political weakness would not have been so great if candidates for the Presidency of the Commission did not have to ingratiate themselves  with powerful member states  to be  appointed, and if the European Parliament had not been as aggressive in  seeking to enhance itself at the expense of the Commission.
As a result of that November 2003 decision, the whole Stability and Growth Pact was subsequently  altered to make it weaker, and less automatic, and the Commission went along with that. At least nobody resigned in protest.
This weakening of the controls meant that the authorities were not as tough with Greece over its false public accounts, and its spiralling debts, as they should have been.  As Lorenzo Bini Smaghi put it recently,
“There is limited awareness in the domestic political arena that governments are also responsible for the monitoring of the other members of the euro area, in particular in respect of the Stability and Growth Pact, and for ensuring that they abide by it”
So if Greek finances are a mess today, that is in part due to a failure of supervision in the past by the Irish, German, French and other euro area Finance Ministers, who did not take their responsibilities seriously enough under the Stability and Growth Pact.

GERMAN CONSTITUTIONAL CONSTRAINTS ON FURTHER EU INTEGRATION CAN ONLY BE OVERCOME IF THE EU BECOMES MORE DEMOCRATIC
There is another important issue that must be addressed. That is the attitude of the German Constitutional Court which requires that transfers of authority to the European Union be explicitly and individually approved by the German Bundestag, because it feels the EU itself is insufficiently democratic.
In its judgement on the Lisbon Treaty, it said that
“an increase in integration(in the  EU) can  be unconstitutional (in Germany)l if the level of  democratic legitimation (in the EU) is not  commensurate to the extent and weight of the supranational power or rule”  at  EU level
And it added that, for it, the  test of democratic legitimation is whether
“the allocation of the highest ranking political offices”
is by means of
“competition of  Government and Opposition”
In a free and equal election .
Essentially, the question it posed was,
Can the people vote the EU government out of office? At the moment, they cannot.
Even though the European Parliament is directly elected, the Court did not believe that the EU yet passed that democratic test.
The Court was therefore very reluctant to agree to further EU integration, beyond that proposed in the Lisbon Treaty, without a qualitative improvement in democratic governance at EU level.  But the difficulty we now face is that, to make the euro work, we are probably going to require more integration at EU level, at least among the states that are in the euro.
I am certain this issue of whether there is sufficient democracy at EU level will arise again in any appeal to the Court against the proposed closer integration of Germany in responsibilities to, and for, the rest of the euro.  Such an appeal will take place and has the potential to destabilise financial markets unless something is done to forestall the problem. I really do not believe that it would be wise for EU leaders  to sit and wait  to see what the  German Court might say . Its jurisprudence  is already published in its judgement on  the Lisbon Treaty.
I have long advocated a simple remedy to this problem.

THE EUROPEAN UNION MUST DEVELOP A PATRIOTISM OF ITS OWN
The European Union will only survive the dramatic changes that the twenty first century will bring if the citizens of all EU states develop a common sense of European patriotism, alongside their national patriotisms.  Appeals to monetary self interest and rational calculation alone, will not be enough to keep the Union together in face of a new world dominated by Asian economic power.
European patriotism, like national patriotism, is not something that will arise spontaneously. It has to be fostered by the use of symbols, and appeals to people’s emotions, by political leaders who make a conscious decision to do so.
I do not believe Europe’s citizens will become really proud of the Union unless they each feel, that they, personally, have a direct stake in the Union. That is why I favour a direct EU wide election of a person or persons to lead EU institutions.