…AND THREE ISSUES THAT MUST BE RESOLVED 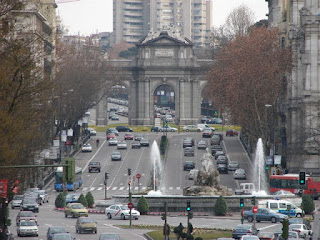 I was in Madrid last weekend to speak at two  meetings .

One was at the IE Business School, which has been rated by the Financial Times as the number One business school in Europe, and where my topic was the Irish economy and the euro.
The other meeting was at the Casa America. There the debate was about intensifying economic cooperation between the United States and the European Union, including the possibility of negotiating a formal EU/US Trade Agreement.
Other speakers at the latter event included the Spanish Minister for Foreign Affairs,    Jose Manuel Garcia Maragallo, the former Spanish Minister for Foreign Affairs, Ana Palacio, the US Ambassador to Spain, Alan Solomont ,  and the Irish Ambassador to Spain, Justin Harman
In my remarks, I identified six reasons why a Transatlantic Free Trade Agreement would be a  good idea
I then identified three problems that have to be resolved, or taken into account, in such a negotiation.

1. While industrial tariffs between the US and the EU  are quite low and could be  eliminated without  too much  resistance by protectionist interests, the same cannot be said for Agriculture, where the US is increasingly protectionist, and the EU has a Common Agricultural Policy which  would be a barrier to some US  food exports to Europe
2. There are significant regulatory barriers to trade and investment. For example, the US protects its domestic  airlines from European  competition, insists that its government entities buy only  US  goods and services, and has different views and rules on hormones and GMOs in food products, and on data privacy, to those  in Europe
3. Any Agreement we negotiate should be open to others, for example to Mexico, Canada, Latin America and Africa so that it can evolve in into something that covers the  whole Atlantic basin, South as well as North. Seven of the ten fastest growing economies in the world today are in Africa.  It also should be compatible with the WTO.

THE ABORTION ISSUE IN IRELAND