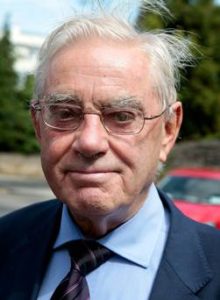 I am deeply saddened to learn of the death of my great friend, Fergus O’Brien.

He had a distinguished career in politics, winning friends for his direct approach, in all parts of the political spectrum.  He was never silent when he felt the issues at stake were important. He was someone to whom I turned for advice many times.

His ministerial career was fruitful and contributed to the development of what was to become the IFSC, in Dublin’s , then semi derelict, dockland quarter.

I saw him during his illness and was struck by his positive attitude and his continuing interest in others, in his faith,  and in the country to which he had given such great service.

To Peggy and all his family I extend heartfelt sympathy.