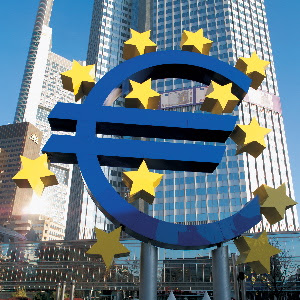 SEVEN QUESTIONS THAT NEED TO BE ANSWERED


Wolfgang Munchau wrote in the “Financial Times” last week that the problems of the eurozone show that
“A monetary union without a political union is simply not viable”
This sort of statement is being made with increasing frequency by economists, none of whom seem to go much further is explaining what they really mean, and why. The statement is left hanging there, as if it was so obvious that it needs no further elaboration.
There are genuine problems, which prompt writes to say that the eurozone needs a political union to solve them. But he problem in the Eurozone is just a smaller version of the problems of the world economy.


We have had one set of countries(the hoarders) who have been cutting costs, exporting aggressively, saving the profits, and then lending the money on to another set of countries (the spendthrifts) who have been spending the money, building up property bubbles and paying themselves improved wages.
On a global scale, China and Japan are the hoarders, and the United States and Britain have been the spendthrifts.


The questions Wolfgang Munchau and others, who say the euro can only work if there is a political union, need to answer are


1.) Who should be in the political union? All the existing eurozone states, or only some of them?


2.) If the Eurozone becomes a political union, what do we do with the existing European Union , which contains a number of countries who will refuse to join a political union or the euro eg. Britain?


4.) How would a political union turn spendthrifts into hoarders and vice versa? What powers would it use to achieve this, and with whose authority?


5.) How much tax would have to go to the centre and how could it be spent to mitigate the problems now being experienced without creating a permanent dependency of some states on others?
The experience of federations like Canada and the United States does not suggest that an enlarged Federal Budget automatically leads to convergence between poorer and richer regions. Mississippi and Newfoundland are still as poor, relative to the rest of the US and Canada respectively, as they ever were.


6.) How would one make a political union democratic? Would the President of the political union be directly elected or would the eurozone parliament elect the Government?
A political union that lacked real democratic legitimacy would not work. But as we saw with the Lisbon Treaty, getting agreement on that will not be easy.


I fear that talk of a political union is really a bit of a distraction. We need a set of practical proposals, that will be accepted as fair by both hoarders and spendthrifts. Maybe these proposals need some form of democratic legitimation by a single eurozone wide referendum. A risky strategy perhaps, but we are living in times when the risks of doing nothing are getting higher all the time.