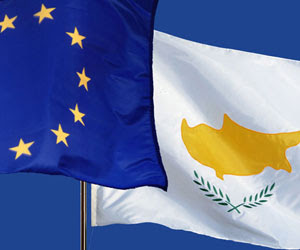 All resolutions of banking crises involve imposing and sharing sacrifices.
As far as possible, people should know in advance how sacrifices are to be shared.

No way of saving is completely risk free, but the greater the risk, the greater should be the reward and vice versa. A high yield bond should be riskier than a low interest deposit.
It is on this basis that the terms of the proposed bailout of the Cypriot banking system should be scrutinised, because it illustrates how Euro Zone policy makers are thinking.
The initially proposed bailout of Cypriot banks involved imposing haircuts of the depositors in Cypriot banks who have been covered by the deposit guarantee scheme, that is depositors with amounts less than 100000 euros. Whose idea was this?

Setting aside the terms of a deposit guarantee like this would be a very serious step for Euro zone policy makers to have taken.  It calls into question the integrity of deposit guarantees generally. That is hardly a good idea when we a trying to restore confidence in banks and rebuild their capital bases

SENIOR BONDHOLDERS TO BE PREFERRED TO DEPOSITORS?

According to today’s Wall Street Journal, an alternative to burning the  guaranteed depositors, was proposed by the IMF.

“radically shrinking the two largest banks, including bailing in senior bondholders, and letting deposit insurance  kick in. In that case, depositors in Laiki Bank and Bank of Cyprus would have faced losses of 30 to 40% above the insured 100000 euros.”

Indeed, part of the problem of Cypriot banks , is that they were themselves senior bondholders of the Greek state, who suffered a haircut on those bonds as part of the terms of the Greek bailout.
Who are the senior bondholders of Cypriot banks who are so deserving of 100% protection? Who are the big depositors whose haircuts were to be reduced by attacking the, sub 100000 euro, guaranteed depositors?
A credible and consistent banking system is essential to modern economy.

The EU is committed to establishing a banking union, including a single system for winding up banks and guaranteeing deposits.

The precedents being set in the Cypriot case are important, and, my personal view, troubling. They do not indicate clarity or consistency of thought by either the euro zone Finance Ministers, or the European Commission. The rejection of the deal by the Cypriot Parliament now gives Euro zone policymakers a chance to think again about the underlying philosophy of their approach to the financial crisis.
Print Entry