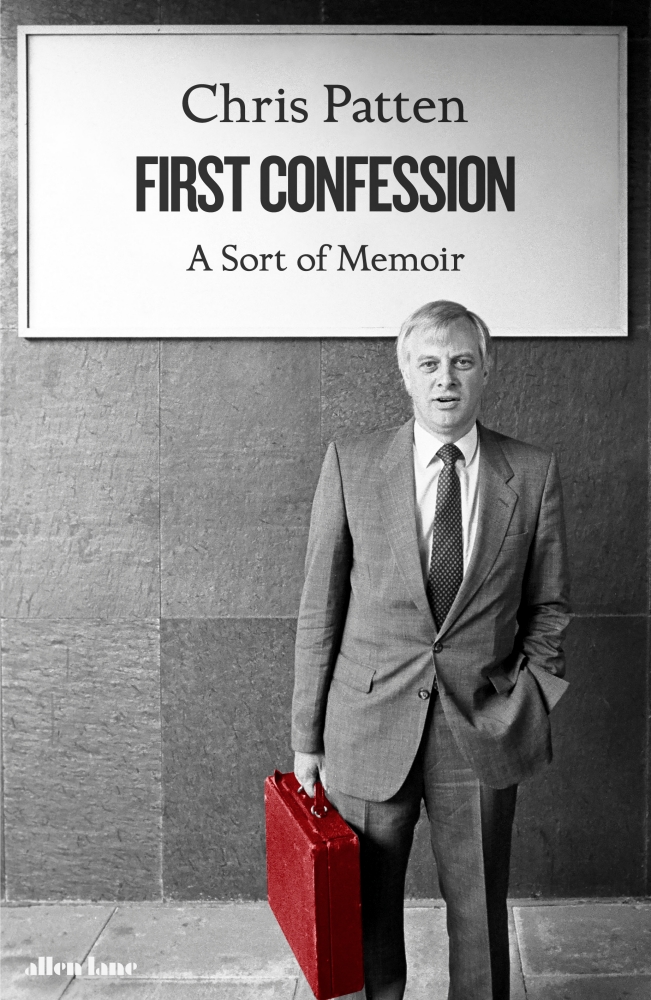 I have just finished reading “First Confession, A Sort of Memoir” by Chris Patten, which is published by Allen Lane.

Chris was a Minister in Margaret Thatcher’s and John Major’s governments, and was the Director of Elections for his Party in the 1992 General Election, when the Conservative Party under John Major won an unexpected victory. But Patten himself lost his seat in Bath in the same election.

I particularly liked his description of his childhood, his parents, and his school years. He received his secondary education in St Benedict’s in Ealing, from which he won a scholarship to Oxford.

His father’s family came from County Roscommon shortly after the Famine, and Chris Patten, to this day, identifies strongly with his Irish and Catholic roots. His childhood was a happy one and his love for his parents shines through in this book, as does his devotion to his wife and his daughters.

Chris Patten is comfortable in his identity, and sees no need to bolster it by any form of hostility to people with a different identity. Unfortunately the Brexit vote shows that not every English person is at ease to the same degree.

He is a political conservative in the sense that he is uneasy with grand theories and overarching generalisations, whether of the left, or of the right.

He served as the last British Governor of Hong Kong, and is not flattering about China.

While its rate of economic growth continues to be remarkable, this is, in a sense, a return to the natural order of things. After all, in 1800, China was the largest economy in the world. He believes the Chinese version of Leninism has allowed the rich to get richer, and that it has had to “fall back on nationalism to justify its control of everything”.

On the other hand, he has a very high opinion of India, reminding his reader that India “had already established a rich tradition of tolerance and debate when Europeans still believed in the divine right of Kings”.This may explain why Indian democracy has survived so well.

Chris Patten served as EU Commissioner for External Relations. He argues that the UK blames the EU for failings closer to home, that have reduced British productivity below its potential, like poor second level education and unduly restrictive planning laws. But he seems to be opposed to the euro, and claims the results have been “terrible” for most members of the euro zone….a view I believe to be seriously exaggerated, if not simply wrong.

He is comfortable in his Catholic faith, and says “As a Christian, I believe in an afterlife” and that this life is not the end of the story. He says that the attempt to use science to discredit religion often assumes that science itself is infallible.

Science deals with empirical issues, whereas religion deals with values, morality and meaning. There is no necessary conflict between them, he argues. I agree.

This a good book and well worth reading.