In Donald Trump, US elections, US Politics 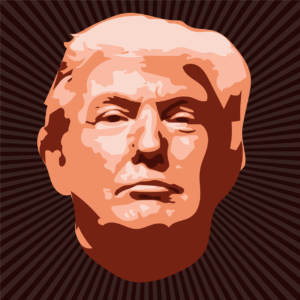 There will be many explanations offered in the days to come for the surprise victory of Donald Trump. The United States is such a diverse country that it is hard to come up with a single or a simple explanation.

He felt he could allow himself to be spontaneous, whereas she did not.

People listened to him, partly because they did not know what he was going to say next.  He did not worry about what the media described and “gaffes”, or worse. His electorate made allowances for him, because they felt he was authentic. Authenticity is very much in the eye of the beholder, and if people like what they hear, they will consider the speaker “authentic”.

But the Trump victory was about more than a livelier personality and better rhetoric.

My own sense is that it was primarily a cultural, rather than a narrowly economic, statement that the Trump supporters were making.

A majority of Americans are anxious about the pa
ce of change, and about the fact that the familiar world, in which they grew up,  is disappearing.  Americans felt that, by voting for Trump, they were taking back their own country. In a sense, they felt he would return them to an imagined past, in which they would be more comfortable.

Trump supporters no longer felt in full control of their future.  They felt that traditional institutions, like trade unions, could no longer protect them from the forces of automation and immigration, or allay their worries about the  affordability of entitlement programmes. These factors explain the Trump gains in states like Michigan, Wisconsin and Pennsylvania.

Donald Trump appealed to American nationalism, a nationalism that provides Americans with a sense of belonging and mutual security in an uncertain world. This nationalistic surge is not confined to America. English nationalism is behind the Brexit vote. Nationalism is likely to play a part in the French Presidential election, with potentially disastrous results for the European Union.

Trump’s victory also was a rebellion by those, who had not had the benefit of a college education, against being patronised, and told how to think, by those who had. This resentment has been aggravated by the prohibitive cost of college education in the United States, which has shut so many people out of the “American Dream”.

It is much harder to start poor, and become wealthy, in the United States today, than it was 50 years ago. Trump explicitly sought to appeal to this discontent. He was able to do this simply by repeatedly  attacking elites, but without putting forward specific policies that would increase social mobility.

Actually applying his policies will be the real challenge for Donald Trump as President.

If he implements 45% tariffs on imports from China and 35% on  Mexico, this will start a trade war. US corporations who have invested in supply chains involving these two countries will face major disruption. The likely abandonment of the Trans Pacific and Trans Atlantic trade and investment deals will slow the growth of world trade, which already has weakened by the slowing of the Chinese economy. This is bound to have negative effects on European exporting nations, like Germany.

He will not get Mexico to pay for the wall, so it may never be built.  The status of illegal immigrants in the United States will not improve, but I doubt if we will see mass deportations. The present situation is deeply unfair, and an affront to the rule of law, but it will probably continue.

On the other hand, his commitment to invest heavily in the tired infrastructure of the United States will give a boost to global economic growth.

His tax cuts for richer Americans will not do much for growth because the better off people are, the more likely are they to save, rather than spend

He has the power to implement his policies. He will not have many excuses .He will not be able to blame a hostile Congress for blocking him, because Republicans have a majority in both Houses of Congress.

He promised the repeal, and replace, the Obama health insurance programme, which is proving to be more costly than expected. Repealing it will be easy, but replacing it will be really difficult.

Whatever system of paying for healthcare is chosen, the costs seem to be rising inexorably. This is because people are living longer, and expecting, or are being recommended ever more complicated treatments.  I think this will be Donald Trump’s most difficult domestic policy challenge.

In way, thanks to fracking and the increase it has made in US domestic energy supplies, the US is much more independent of the rest of the world than it used to be.  An early sign will come when President Trump has to decide of his policy on the war on Syria.  If he decides to ally himself with Putin, he will put himself on a collision course with Saudi Arabia. This could draw Turkey into the conflict because of its strong opposition to Assad.

Donald Trump has raised so many expectations that may be impossible for him to live up to them. Populism in power may not be as popular as populism on the campaign trail. Only if that happens, will the democratic world return to evidence based politics.

In Democrats, election, House of Representatives, Republicans, US Politics 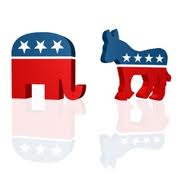 Many in Europe assume that the only really important election in the United States is the Presidential election.  But a President, who cannot get his/her legislative programme enacted by both Houses of Congress, can achieve little.
In fact the relative positioning of the candidates in the Presidential race is influenced by problems in Congress.  Hillary Clinton is away ahead of other potential rivals for the Democratic nomination, if she decides to run. Indeed the polls are so decisive she would find it very hard not to do so. But there is a strong possibility that, if elected, she will face a Congress where one of the Houses is controlled by the Republicans
On the Republican side, Rand Paul and Mike Huckabee show up best in polls in a widely dispersed field. But close observers suggest that Jeb Bush has the best chance of coming through as eventual Republican nominee, because he has a position on immigration that would allow him to win back Hispanic votes.  These are votes that his brother got when he was elected. This is important because the  Hispanic support that George W Bush won  has since been lost to the party because Republicans, who have a majority in the House of Representatives,   refuse to vote on an Immigration Reform Bill that has already passed in the Senate.
The Republican Speaker of the House, John Boehner, will not schedule a vote because, although the Bill has an overall majority in the House, it lacks a majority within the Republican majority itself. This “majority of the majority” requirement, which has been the approach of Republicans since won a House majority, makes it very difficult to pass any bipartisan legislation.
Many Republicans in the House were elected on a platform of “no compromise”, and are fearful of being undermined by Tea Party candidates in their party primaries.
This means that they are also refusing to vote for any tax changes to reduce the deficit. The only tax changes they will support are pure tax cuts.
Likewise Congress has prevented President Obama getting the authority to negotiate a trade deal that would be voted on in Congress as a single package(so called “Fast Track “ authority, without which any meaningful trade negotiation is almost impossible.
Congress is also blocking an agreement on a reweighting of quotas between countries  in the IMF to reflect new global realities. They are refusing to recognise the new weight in the world of countries like China.
This deadlock is frustration for everybody, including the international partners of the United States.  The underlying problem  is in the way in which districts are drawn for House of Representatives elections.
The districts are not decided at national level, but are drawn up by the State legislatures. In most states the legislatures design Congressional districts to create totally safe seats for one party or the other, and ensure that sitting members are not thrown together in the same one seat district.
This means that Districts often have highly contorted boundaries, and  that the really important contest in House elections is in primaries within parties, rather than in general elections.
So House members spend their time fundraising to fend off opponents from within their own party who advocate a more fundamentalist view point. There is no electoral incentive to seek middle ground support. That then affects the way members of Congress approach votes in House itself.
There are two ways to resolve this dilemma
One would be to hand over the drawing of the boundaries of Congressional districts to an independent commission in each state, which would draw the lines on the basis of geographical convenience, without trying to create safe seats for particular parties. This is done in seven states.
The other is to have “Open Primaries”, where voters, of all parties and none, would take part in selecting the two top candidates who would contest with one another in the General election. The top two candidates would then run against one another in the general election, even if both happened to come from the same party.
Both of these solutions would  mean that candidates for the House  would  have an incentive to look for middle ground support, rather
Such solutions could only be brought about on a state by state basis. They could not be imposed  on  a uniform basis in all states, because that would interfere with “states rights”, which are a strong tradition in US politics for the last 200 years.
It is often said that the European Union needs a Constitutional Convention to revise its constituting Treaties. The same could be said of the United States of America.