In Europe, John Bruton, Populism, US economy, US elections 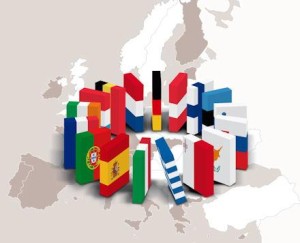 The integration of the global economy is under threat. Not only is the UK considering leaving the EU, but all four US presidential candidates want to renounce President Barack Obama’s Pacific trade deal. Borders within the EU are being closed, and Donald Trump even wants to build a wall between the US and Mexico.

Meanwhile, political parties have become empty shells, unable to sustain support for long-term policies through more than one election. This is evident all over Europe, including in Ireland.

These two factors are linked.

The globalisation of the economy is at risk because its benefits have not been understood or explained clearly enough, or shared widely enough.

Globalisation happened because once capital controls were removed, capital could flow freely from one country to another. Trade barriers, quotas and tariffs were reduced or eliminated.

Advances in information technology have empowered consumers everywhere, including in the poorest and most remote parts of the world. ‘Containerisation’ enabled goods to be transported more cheaply over long distances. In terms of the number of hours one had to work to afford them, food, clothes and consumer goods became much easier for ordinary people to afford.

Political developments accelerated the process. The entry of China into the World Trade Organisation (WTO), and the gradual opening up of the Indian economy, have meant that the global capitalist economy that, in 1990, was the preserve of about one billion people in the developed world, is now open to at least four billion or more people. China’s economy is six times as large as it was 30 years ago. Competition for work has become intense. In many senses, there is now an over-supply of available labour to produce the goods and services that cautious and indebted consumers are willing to pay for.

This explains why, in the developed world, we have a low or zero inflation rate, but also high levels of unemployment.

It also explains why, while in the developing world millions of people have been rescued from extreme poverty by globalisation, in the developed world, perceived living standards are stagnating. Cash may buy more, but hourly cash incomes have not risen.

In countries with high levels of legal protection of existing jobs, like France and Spain, the burden is falling on the young, who cannot find work at all, while older workers hold onto their jobs.

Globalisation is being abused by some tax avoiders. Rent seekers are capturing too much of its benefits for themselves, because of inadequate competition or undue regulatory protection.

Meanwhile, technological change is putting many existing jobs at risk, and accentuating inequality of incomes between insiders and outsiders. In the future, drivers may be replaced by driverless cars and textile workers by robots, just as dockworkers were replaced by containerisation, and filing clerks by computers.

I heard an experienced American business leader claim at a conference recently that the extra value, to his or her employer, of a really top software engineer over a merely adequate one was 500 to one, whereas the comparable difference between a top accountant and an adequate one was only two to one. The resultant competition for the top talent is one of the factors increasing income inequality.

At the other end of the income scale, people with low skills are falling further and further behind when forced to compete with goods or people coming from lower-cost countries. Immigration and imports have the same political effect.

These realities explain the support for Trump and Bernie Sanders in the US, but also the support for Podemos, UKIP, and the National Front in Spain, the UK, and France respectively.

There is a naive desire to turn back the clock, economically speaking, to the simpler world that existed before 1990, when the global capitalist economy was in the hands of the one billion people in the “West”, rather than of the four billion or more that are now able to compete in it.

The advocates of this reversal of history are not explaining what it would cost.

It could only be done by the closing in of national economies. It would require the reimposition by Western countries of high tariffs and quotas and restrictions on people’s ability to move their money to other jurisdictions. The result would be a dramatic rise in the cost of consumer goods in the developed world, and a fall in living standards in both the developing and developed world. This is the logical destination of the trade policies of Trump, Sanders, UKIP , the National Front and the Trotskyite Left.

Superficially attractive, but dangerous, policies like these are gaining support because structural factors within technology are undermining disciplined political parties, which were, in the past, the means of mobilising public opinion, and of maintaining support for more considered and realistic policies.

Twitter lends itself to the expression of strong emotion, but not to the careful explanation of a policy platform. The anonymity of the blogosphere has replaced dialogue with diatribe. Opinion is polarised. Anger becomes a policy.

Information is so plentiful now that people must be more selective in what they read, but their selections reinforce their existing views rather than question them. Society is becoming a series of self-enclosing and polarised information communities, which do not listen to one another.

This atomisation of society means that voters think increasingly as consumers rather than citizens, picking the candidates they “like” in a personal capacity, rather than the ones that have a programme that will work for the whole of society.

Ideological politics is being replaced by identity politics. This is why global economic integration is under threat. Political institutions are not strong enough to explain, manage and control global economic and technological forces.

This is the challenge facing the European Union. The EU must show the public that it can regain control of globalisation so as to preserve all its benefits, while curbing its abuses.

John Bruton is a former Taoiseach and leader of Fine Gael 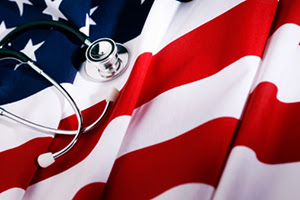