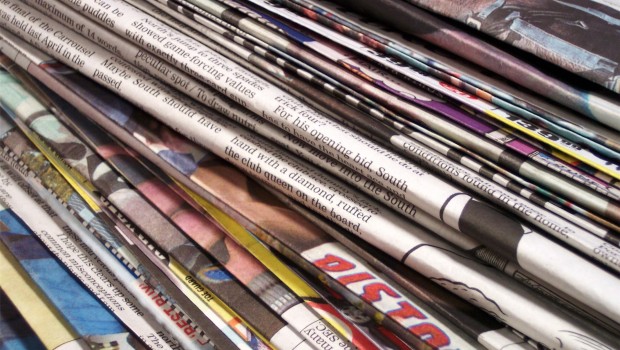 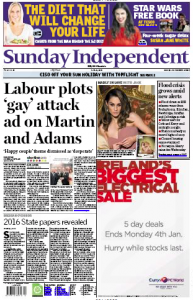 An article in the “Sunday Independent” by Gene Kerrigan claimed that it was “nonsense” to claim that Home Rule, enacted into law in 1914 could have led, peacefully to Irish independence. Below is my response to this which the paper published on 17 January

Gene Kerrigan said on Sunday  3 January that does not think John Redmond should have supported voluntary recruitment to the UK Army in 1914, and, from that questionable proposition, he leaps to the conclusion that the 1916 Rebellion was both necessary and right.

These are two separate questions.  The killing, on the western front or at Gallipoli, did not justify the additional killing planned by the 1916 rebels, or vice versa.

Conscription was not imposed in Ireland during the Great War, although it did apply in Britain. All the Irish who fought in the Great War were volunteers. Conscription in Ireland was threatened in 1918, but it was not applied, because of mass political agitation, not because of the use of violence in Dublin two years earlier.

Redmond’s 1914 decision to support voluntary recruitment was made for a number of reasons, one of which was that Home Rule had just been passed into law. It was not just “promised” as Mr Kerrigan says, but passed into law and signed, after a long struggle which required Redmond to threaten to bring down the Liberal Government if it did not abolish the House of Lords’ veto.

It is wrong to describe the tough parliamentary tactics Redmond adopted as mere “mediating between rulers and ruled”. As did Parnell in his time, Redmond was willing to use the ultimate parliamentary weapon, bringing down the government and precipitating a General Election, to achieve his goal , the passage into law of Home Rule for Ireland.

Without that threat by Redmond, the UK Parliament would not have conceded the principle of Irish self government, when it irrevocably did so in September 1914, after three years parliamentary struggle, and in face of threats in Ulster.

Redmond was no mere mediator. He was a tough democratic politician who made the hard choices.

Mr Kerrigan may believe that big powers have no obligation to defend the neutrality of small countries, when the latter are attacked. Redmond did not agree with that approach. He accepted in his Woodenbridge speech that France and the UK had an obligation to defend the neutrality of Belgium when it was invaded, without any provocation at all, by Imperial Germany in August 1914.

Redmond believed Belgian neutrality should be protected.   I wonder what course Mr Kerrigan would have advised the Belgians to adopt, if he had been around in 1914.

He is , of course, right to say that our task today is to understand ” what the choices were for those who created this state”.

If so, the first thing one must do is accept that they did actually HAVE a choice.

They could have chosen not to start the killing and dying in Dublin in 1916. Most Irish people, at the time, did not think they made the right choice, including this newspaper.

The military commander of the Irish Volunteers, Eoin McNeill, also thought it was wrong choice at that time, a “mistake” in other words.

There are other reasons, apart from military discipline, to question the choice made. Mr Kerrigan himself suggested in his article on 3 January that the 1916 leaders, who went ahead against McNeill’s orders, deliberately and knowingly, sought to bring suffering on their own people, in order to achieve their political goals. Mr Kerrigan endorsed this calculated provocation of foreseeable, and foreseen, suffering imposed on uninvolved Irish people.

As Mr Kerrigan put it, the leaders of the rebellion had what he called a “pragmatic belief” that, if they staged a rebellion, the authorities

“would strike back viciously, its oppression undisguised, and thereby inflame nationalist feeling “.

He is not alone in this interpretation, but we should think very carefully about what it really means , before we decide that  the actions of the 1916 leaders are to be treated, from now on,  as  the seminal event of our modern, peaceful,  democracy.

Mr Kerrigan’s claim is, after all, that the rebel leaders, coldly and calculatedly, to advance their political goals, foresaw, and even sought, the sufferings, that fell on the Irish people as result of their military actions. It would be difficult to reconcile that approach with any known concept of a just war.

The bulk of the suffering in Dublin in 1916 was not by the “Volunteers”,   but by I would call  the “Involunteers”, the  civilians and unarmed police, who did not choose to put their lives at risk, who were  just getting on with their daily work, but were killed  anyway.

The 1916 leaders made what Mr Kerrigan praises as a “pragmatic” choice to set in train events that, with foreknowledge, led to all those deaths, then and later between 1919 and 1923.

Now some will claim that Home Rule was inadequate. It was. In practice, I believe it would only have applied to a maximum of 28 counties.  There would not have been a United Ireland.

But after three generations of some among our people continuing with   the sort of  “pragmatic” violence, that  your correspondent mistakenly praises, we do not have a United Ireland today either!

The fact remains that, through solely parliamentary methods, the principle of Irish legislative independence had been already won from the Imperial Parliament, in September 1914, BEFORE any rebellion here, and, as Conservative leader Bonar Law subsequently admitted, there was no going back on it.

The same principle of legislative independence was conceded b to Canada, Australia and to the other dominions.  We know now that they all proceeded to full sovereignty, without the necessity of a Civil War.

A Home Rule Ireland would have done the same, if that was the wish of the Irish people. After all, the Home Rule Parliament would have elected under the same wide suffrage that applied in 1918.

I believe Ireland would then have proceeded, by negotiation over time, to full independence on the basis of the votes, not the bullets, of the Irish people.

Commemoration is one of the ways by which a people defines itself, and tells itself what it regards as important now and for future generations.

I believe peaceful democratic achievements, like land reform, the enactment of Home Rule in 1914, the enactment of the 1922 and 1937 constitutions, and the declaration to the Republic in 1949, should therefore be commemorated, with equal or greater prominence than  military actions. 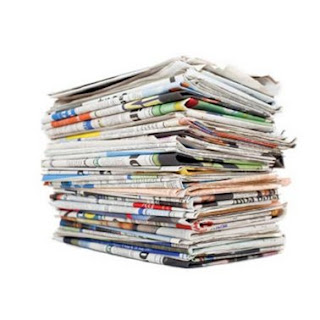 Two weeks running the “Sunday Independent” has devoted many pages to personal criticism of me.
These criticisms were supposedly based,
first on the content of an article I wrote in the “Irish Independent” about the unwisdom of a threat of suicide being made a legal ground to allow abortion, and
second on a few tiny extracts from a  long ex tempore speech I gave at the European Insurance Forum on the need for Europe and Ireland to have a growth model that was sustainable, politically, financially and environmentally.
In the speech, pointed out that our economy will only grow sustainably, if it is seen to be paying its way.  We still have a problem in Ireland in that we are, even now, borrowing for some of our day to day Government spending, not just for debt service.   I said that increasing borrowing in these circumstances was leaving today’s burdens on the shoulders of our children, and I did not believe that was right.
We may look to others to stimulate their economies, but that is not as easy for them as we might like to think.  I said that it had been estimated that the average baby born in Germany has an implicit debt to pay, of nearly 200,000 euros, for entitlements and debts, promised or incurred, by its elders in Germany itself. Similar conditions apply in other EU countries to whom we might look for stimulus.
I also drew attention to EU research a few years ago that showed that by 2050, because of ageing and low birth rates, the debt/GDP ratio of almost all countries in Europe would grow to between 400% and 500%, if policies then followed   remained unchanged. That’s about 6 times what it is today.
Changes needed to remedy these problems would be called austerity by many, but they are inevitable, I argued, because money is only lent where lenders are confident they will be repaid. And sentiment on that can, unfortunately, change overnight.
Similarly, western consumption patterns may need to be adjusted to become environmentally sustainable. Some might call that austerity too.
If western consumption patterns were to be replicated across the world by the 3 billion additional people who have, since 1990, entered into competition with us for scarce energy, scarce water and scarce food resources, humanity would face possible catastrophe.
The lifestyle of the average German consumes 40 times as much water as that of the average Egyptian. CO2 emissions per head are much higher in Europe.  The amount of acres needed to produce enough food for European consumption patterns is much greater too.
But since 1990, the arable area per person in the world has halved, and yield improvements have not kept pace. Some forms of fertilizer, like phosphate, are in finite supply.
I then suggested a sustainable  growth model for Ireland and Europe. I put forward ideas, including more innovation in the public sector, educational changes, and targeting our R and D at things that can make our lives more sustainable.
In my earlier intervention on abortion, which also displeased the “Sunday Independent”, I pointed to the inherent legal and ethical difficulty of using a suicide threat as a basis for legitimating anything, and to the fact that an unborn child in Ireland has inherent constitutional rights, the first of which is the right to live.
The “Sunday Independent” did not engage with any of these concrete arguments, which I put forward on the basis of evidence in each case.
Instead its whole thesis was that, because of who I am, my character, where I was educated, and my income, I simply should not be allowed to express a view at all. Strange, from an advocate of free speech!
The paper even accused me of being a demagogue.  Attacking individuals, rather than debating real choices, is what demagogues do.
That is not what I did, or do, and I leave to its own readers to decide if it is the “Sunday Independent“ itself that is acting  as a demagogue in this case.

A COMMENT ON THE COMMENTATORS…IRISH ATTITUDES TO THE EURO CRISIS