OCTOBER 15 BUDGET WILL BE A DRAFT 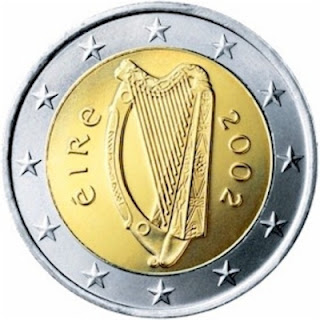 Under new EU rules ,which entered into force on 30 May this year and which apply to ALL euro area states, whether in a bailout programme or not, each country must publish its draft budget on or before 15 October.
The Irish government will do so on the 15th.
The European Commission will then examine the draft budget of all euro area states and must give its opinion before 30 November.
If the Commission detects severe non compliance with the Stability and Growth Pact, it will ask the state in that position to submit a revised budget. This possibility will exist for Ireland, whether or not it is a bailout programme.
The Commissions opinions will then be discussed in the Eurogroup of Finance Ministers, in December, where each Minister will be free to express opinions on the others budget.
The final budget of each country must be adopted by 31 December, up to which time, changes, within the overall numbers are possible.
This new process obviates the need for budget secrecy, which is an antique hangover from Victorian times.
THE DIFFICULT LEGACY OF THE 2001 TO 2006 PERIOD, WITH WHICH THIS GOVERNMENT MUST COPE
The worst legacy from its predecessor, with which the present Government must cope, is not the bank guarantee.
It is the permanent increase in spending levels that it allowed between 2001 and 2008. The then Government agreed these permanent increases in spending  on the strength of revenues from the construction boom, that it had to KNOW were temporary.
For instance, between 2001 and 2006, number employed in the health service grew from 92000 to 112000.The number of items prescribed in the GMS went from 22 million items to 53 million in 2009. Are we any healthier for all that spending?
Number employed  in the Education sector increased by 25%  between 2001 and 2006, but our educational outcomes measured by the OECD’s PISA test went down quite badly.
Numbers employed in the civil service increased by about 25% too, but numbers in the top grade increased by 86%. These people and posts are mostly still there, even though the revenues that allowed for their recruitment have long disappeared.
Social Welfare rates of payment went up by 67% over and above price inflation between  2000 and 2006, and these rates remain in place.
LOOK AT THE NATIONAL BALANCE SHEET, NOT AT ONE YEARS FIGURES
The debate in the Irish media, and between parties, about whether the gap should be  closed this  year by 3.1 billion euros, or by a lesser figure, is beside the point.
Rather than looking at one year’s figures, we should  focus on the national balance sheet.
We should ask ourselves four questions

+ what are our likely revenues over the next twenty years,

+ what is the value of our saleable assets, and

+ what are our obligations, both in explicit debt repayments and rescheduling,

+ but, just as importantly, if policies remain as they are, what will we have to pay over the next 20 years to keep the promises we will have made  in respect of

in light of trends in the age structure of our population and the (reducing) numbers of working age?
These may be among the questions Finance Ministers of the euro area countries will be asking about one another’s budgets, when they meet in December, before each of them finalises their budget for 2014.
The Irish Fiscal Council has estimated that, on the basis of present policies, ageing related liabilities of the Irish state are likely to increase by 5.4% a year up to 2060, as against a euro area average increase of 4.1% a year.
It also draws attention to big shortfalls in the Insurance Compensation area, the VHI, and even a possible state obligation for shortfalls in private sector pensions, arising from a recent Waterford Crystal case.
A recent EU Commission report on ageing  suggest that, between 2010 and 2040, on present policies, pension spending by the state will have to rise from  7.5% of GDP to 10% of GDP, and long term care expenditure from  1.1% to 1.9%.
Constantin Gurdgiev in the Sunday Times has claimed that most of the savings in public sector pay, in the Croke Park and Haddington Road Agreements, are liable to end and be reversed when the latter Agreement expires .
The OECD drew attention to the fact that one in five of Irish children are growing up in a home where no one is working. Will those children grow up to be able to support themselves, and pay taxes, or will they be dependent on the state for income support? That is a vital matter for everybody, not just for the families concerned.
In sum, what Ireland needs is a 10 year budget, and a 20 year balance sheet. Then people will see more clearly what has to be done and what needs to be changed in good time.

THE MINISTER FOR EDUCATION’S INITIATIVE